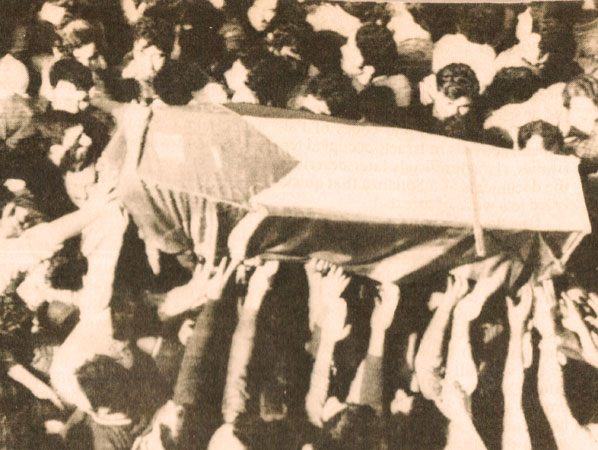 The never-ending saga of The Middle East.

The never-ending saga of The Middle East.

This day in 1973 had a lot to do with the ongoing tensions in the Middle-East; most notably between Israel and Lebanon and the PLO, and certain Anti-American radio broadcasts.

But for the most part, it was about an Israeli Commando raid in Beirut in previous days and the killing of several PLO figures. This day saw a mass funeral for the 8 leaders with thousands of protestors lining the funeral procession,  along with the increased anxiety over any kind of peaceful settlement in the region anytime soon.

And at home – the economy, Phase One rollbacks and Daniel Ellsberg.

Towards the end of the broadcast, a bulletin regarding a mid-air collision between a NASA Research plane and a Navy patrol plane in California  – killing some 16 crew members with only one survivor, reportedly in critical condition.

And so went this April 12th in 1973, as reported by The NBC Nightly News and David Brinkley’s Journal.