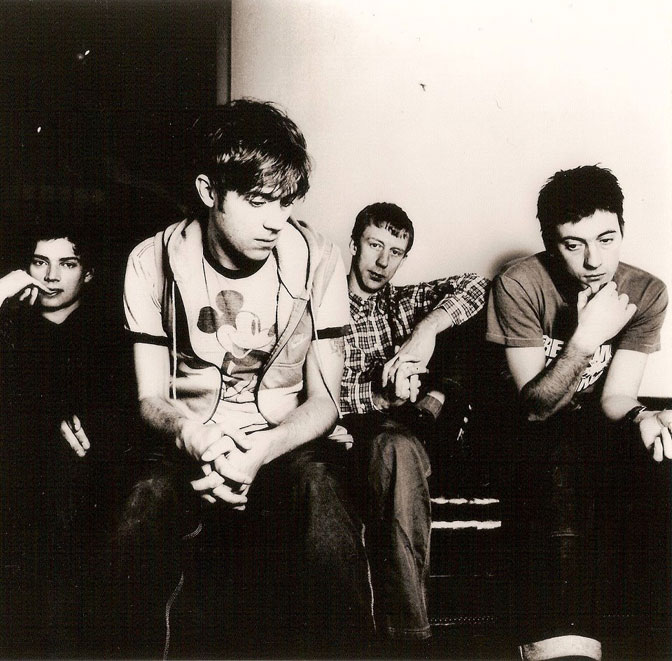 Blur - one of the bands making Britpop a household word.

“Who The Hell Is Blur?” – Answer: Blur At Glastonbury 1994 – Past Daily Backstage Weekend

Blur – one of the bands making Britpop a household word.

(I swear, we’re going to get the Audio Player problem fixed soon – that’s what they keep telling me)

As an adjunct to my post earlier today featuring Stone Roses, here is the second half of that question raised on Twitter a couple days ago. Blur headlined last night at Coachella (and next Friday for week #2). For some reason, a few people didn’t seem to know who this band was either. Although I doubt by the time I post this there will be any question. Still, Blur were one of the pivotal bands of the Britpop movement in the early 90s. Object of a purported “intense rivalry” with fellow travelers Oasis, it made for lots of good press and publicity (at least in the UK and around Europe) for both bands.

Here, as a reminder of that movement, is Blur in concert at Glastonbury in 1994. They did quite well in the U.S., though not as well as they should have, or as well as Oasis – but nonetheless, they were and still are an important band in the music world. And after some time off for separate projects, have regrouped and taking to the road extensively this year. There also promises to be a return to Glastonbury later on this summer. So things are heating up for Festival season.

Crank this one up too.