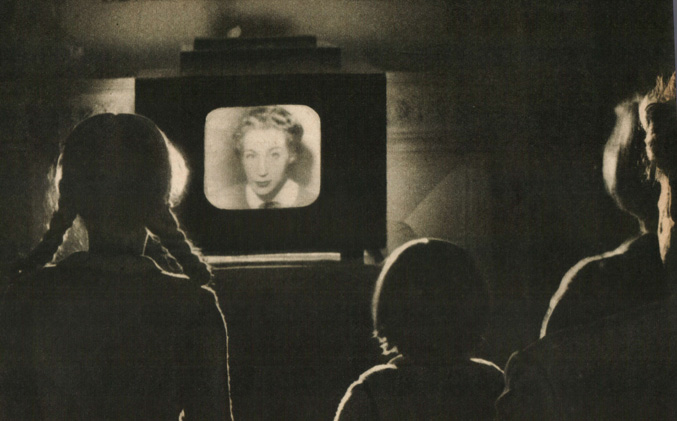 And the coming bane of Western Culture; Television.

And the coming bane of Western Culture; Television.

If we’re helping keep your sanity, kick in a few to help us keep ours: Become a Patron!

Your typical week, as far as the Fabulous 50s are concerned. This week, ending on April 15th in 1950, was no different. The Cold War was ratcheting up a few notches with word of a downed U.S. Navy Plane somewhere in the Baltic region. Radio Moscow reported it was a B-29 that had been shot down by Soviet Mig’s. But the story was later recanted to report it was a stray U.S. plane that had been “taught a lesson” for intruding on Soviet air space, and the fate of the 10 crewmen wasn’t known at the time.

Domestically, visiting Irish Prime MInister Sir Basil Brooke chided the press, saying a rumor was circulated that Ireland had banned St. Patricks Day Parades. Brooke said no such thing happened, but one did get banned out of fear of starting a riot.

Baseball season started, and Joe DiMaggio added  his two cents on who he thought was going to be the big Baseball story of 1951.
A wedding in Spain, with Gen. Francisco Franco’s daughter Carmen heading down the aisle.

The Supreme Court ruled against an appeal by The Hollywood 10, upholding convictions of 10 writers accused of Communist activity. The Red Scare was alive and well and ruining lives.

And, in addition to Hollywood’s worries over Communists, it was now worried over the coming of Television. The studios were quick to offer doing movies for TV, but it was the exhibitors who were screaming loudest. And the thought of movie palaces being turned into Supermarkets, liquor stores and parking lots, loomed very large in their minds.

All that . . .and word of the death of celebrated composer Kurt Weill was announced.

One of those weeks, as reported on NBC’s Voices And Events for the week ending April 15, 1950.