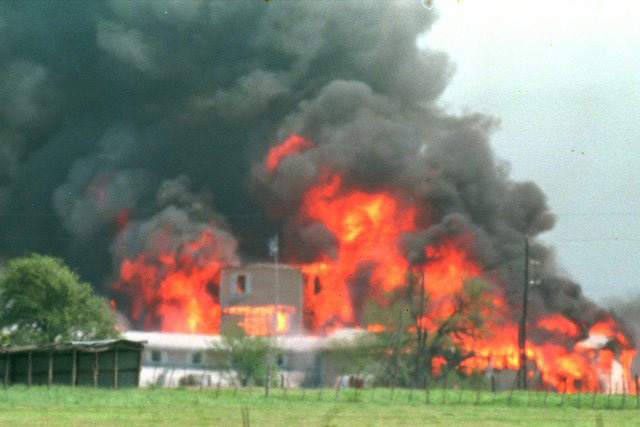 In 1993, the same day the incident in Waco went down, the Boston Marathon was run.

April Of Ironies – The Strange Correlation Between Boston And Waco – 1993-2013 – Past Daily Reference Room.

In 1993, the same day the incident in Waco went down, the Boston Marathon was run.

(Still working on the Audio Player fiasco – bear with us.)

Sometimes looking at history, and it’s place in contemporary events, reveal odd, almost disturbing correlations. Case in point: The bombings in Boston yesterday and the horrific scenes, and the ongoing investigations as to why such an act occurred.

As we’re coming up on the 20th anniversary of the end of the FBI/Branch Davidian standoff in Waco, Texas which resulted in the deaths of cult members and their leader David Koresh, and the 18th anniversary of the revenge bombing at Oklahoma City – I was preparing a historic look at both of those dramatic events. Not realizing a third element comes to light.

April 19th in 1993 occurred on a Monday. Monday April 19th, 1993 was Patriots Day in Massachusetts. It was also the running of the Boston Marathon. While the Marathon was running, the siege of Waco was underway.

Perhaps it’s a coincidence, but sometimes coincidences reveal we live in a world where nothing just happens by accident, but has a direct correlation to some event that, at the time, we may not even be aware of.

As I was listening to the broadcasts, knowing that two years later the bombing in Oklahoma City seemed unrelated at the time to Waco, it would almost make sense that the horror and senseless mayhem caused in Boston yesterday had its roots in domestic terrorism directly linked to an event 20 years earlier. And that maybe, just maybe, those responsible had that fact in mind.

Call me crazy – or claim I’m reading too much into something that is unrelated. But it makes you wonder. And it’s uncomfortable. And no doubt those taking part in the investigation in Boston today are considering that.

Here is an extended excerpt of that April 19th in 1993 as it unfolded, as presented by CBS Radio via Special reports and news from KNX-AM in Los Angeles