Nights At The Roundtable / Past Daily / Rock Without Borders / Uncategorized 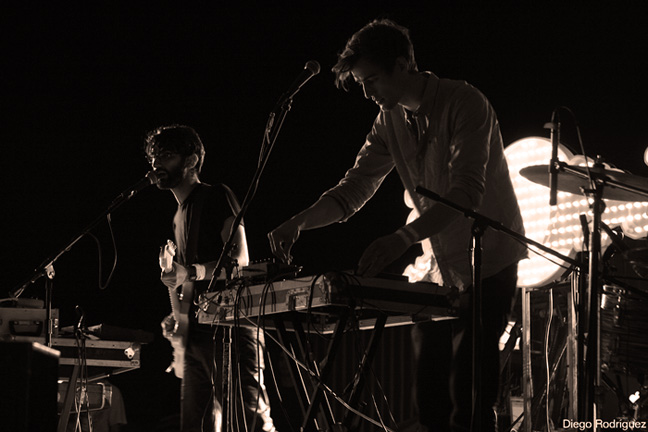 Vimes in Concert - properly brooding, but not pessimistic.

Vimes in Concert – properly brooding, but not pessimistic.

Over to Berlin tonight for a concert by the Cologne Electro-Pop Duo Vimes, as recorded by RBB, Berlin on February 14, 2013.

Gaining a good word of mouth around Europe, Vimes have been around for a short while and have been appealing to audiences who like both Techno and Alternative, as Vimes embraces both.

Don’t know what the plans are – although they did perform recently at SXSW. So perhaps they are reaching across the Atlantic for U.S. audiences.

In the meantime, have a listen and see if it appeals. They are primarily gigging around Germany for most of the year, but you never know.