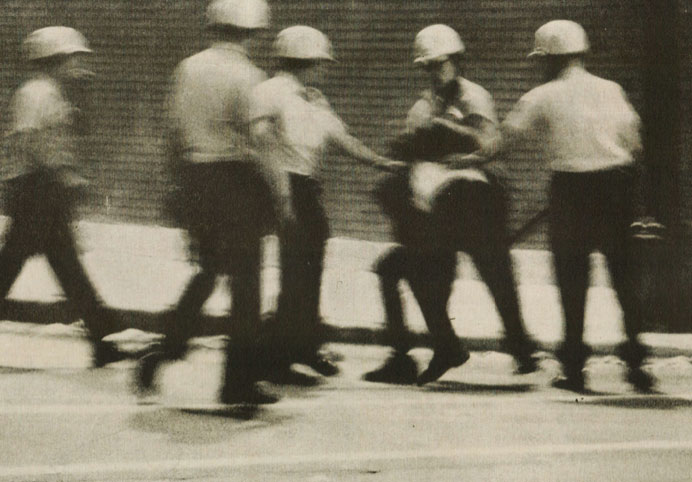 Never characterized as a soft-and-fuzzy people, America was taking a turn for the violent in 1967.

Never characterized as a soft-and-fuzzy people, America was taking a turn for the violent in 1967.

When the findings of the Johnson Administration’s Commission On Crime In America was released in 1967, it didn’t come as much surprise to most people. In 1967, America was becoming an increasingly violent country. With a dramatic rise in Urban violence, the anti-War protests, the Civil Rights struggle, the  uptick in hate groups, riots that had taken over most major cities, leading to the popularity of the phrase “long, hot Summer” as something everyone could look forward to, with a sense of dread, every year.

So in 1967, news of this revolution in American thinking on crime was probably more of a harbinger of things to come, rather than a stunning indictment on American society that had taken a wrong moral turn someplace.

But it was still good for a lot of hand-wringing and soul-searching. And members of the Commission went on the Sunday News Interview circuit to explain the findings and the possible outcomes.

This edition of Meet The Press, from February 19, 1967 focused on the Commission Report – it’s a 30 minute extended excerpt of an original 90 minute special program devoted to the issue.

In comparison, the issues we face in 2013 make the concerns of 1967 pale by comparison. The death and destruction however, remain the same. Death, destruction and loss of faith are timeless.