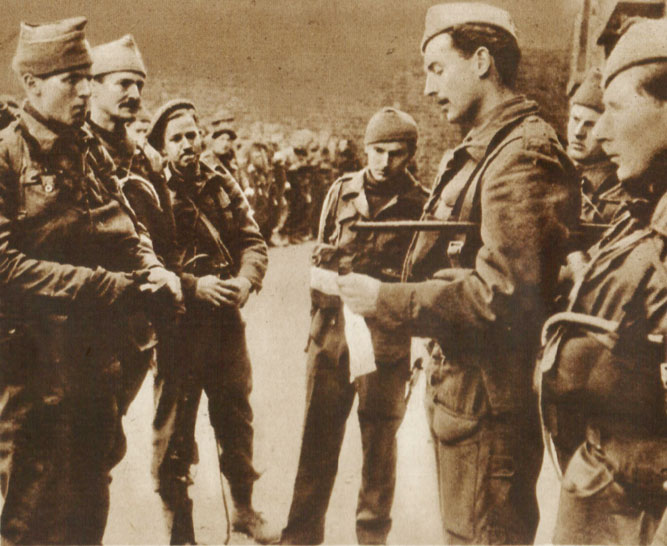 And while the newscast was on, a raid was taking place in France.

And while the newscast was on, a Commando raid was taking place in France.

News for this April 23rd in 1942 was truly about a World consumed by war. From Russia came word that one of the B-25 bombers involved in the raid over Tokyo had been force-landed near Siberia and was being held by the Soviets (Russia hadn’t declared war on Japan yet, so . . .). News of near-hysteria on the East Coast of the U.S. over reports of gas rationing to the tune of 5 gallons maximum per week proved to be a false alarm, at least for now and a moratorium on new telephones or lines being installed. From India came word of increased fears over a pending Japanese invasion and fierce fighting taking place in Burma, thought to be the next big battle-front in the war. A stalemate of sorts on the Eastern Front, with Russian and German forces trading gains and losses.

And reports, which were taking place while this newscast was on, of a British commando raid underway on the French town of Boulogne.

Operation Abercrombie was an Anglo-Canadian reconnaissance raid on the area around the French coastal village of Hardelot, located south of Boulogne-sur-Mer, in the Pas-de-Calais. It had been scheduled for the night of 19/20 April 1942, but delayed until 21/22 April.

The operation was a reconnaissance in force, intended to reconnoitre the beaches off the village of Hardelot, to capture prisoners and destroy as much equipment as possible, including a searchlight battery.[

The only Allied casualty was a commando who was shot through the ankles after failing to respond to a beachhead sentry’s challenge quickly enough. Supporting Navy craft encountered and engaged enemy vessels, including E Boats, sinking at least one and damaging others, for three naval casualties. Enemy casualties were unknown.

All this and much more for this day in World War Two as presented by Alka-Seltzer’s News Of The World, for April 23, 1942.