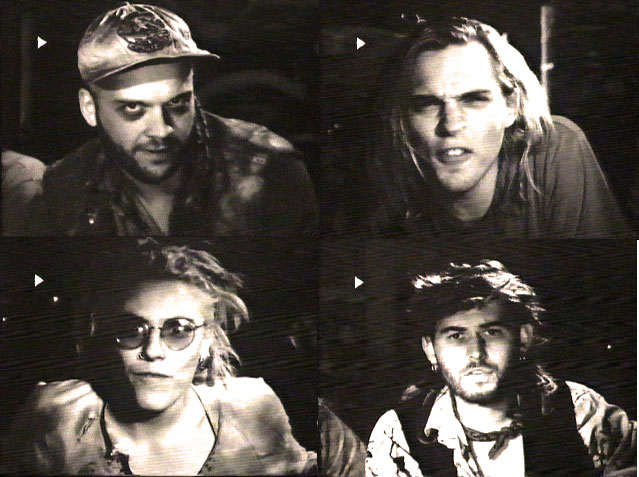 Gaye Bykers On Acid - believe it or not, at the forefront of the Psychedelia revival in the mid-80s.

Gaye Bykers On Acid – In Session 1987 – Nights At The Roundtable

Gaye Bykers On Acid – believe it or not, at the forefront of the Psychedelia revival in the mid-80s.

Okay – this might be a bit of a jolt, from the decidedly calm and soothing sounds of Ravel to the somewhat frantic and insane sounds of Gaye Bykers On Acid. Nobody ever accused this site of being boring . . . .

Gaye Bykers On Acid were at the forefront of the Grebo Movement and Psych Revival in the mid-1980s. Although not given credit for getting things in motion, to be copied and emulated in Manchester a little over a year later, they were still influential in kick-starting Music that had gone into the doldrums after New Wave faded into the distance.

This is a session they recorded at The BBC in 1987, just as the band released their first album and were heavily promoting it.

Disappointing sales eventually lead to them being dropped by their label, Virgin, an eventual demise by 1990 and one of the bands responsible for kicking things in the right direction were no more.

Here is what you might have missed if you blinked the first time around.