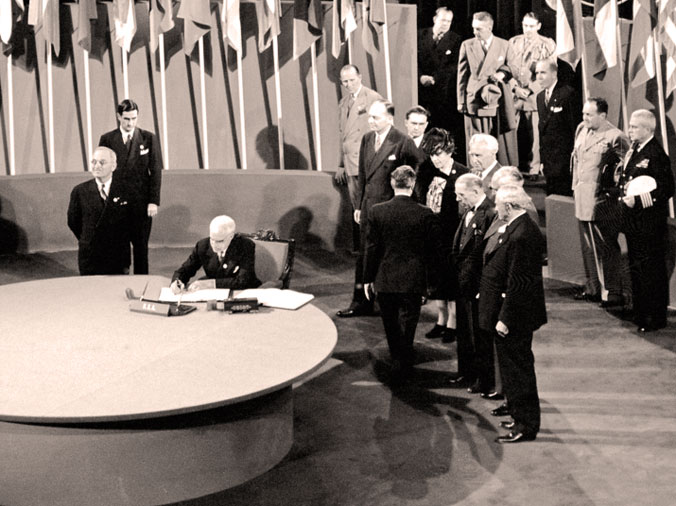 Days after the death of FDR - days before VE Day, getting the UN started.

Days after the death of FDR – days before VE Day, getting the UN started.

The opening day of the United Nations Conference in San Francisco, this April 25th in 1945. Within days of the death of FDR and within days before the eventual collapse of  Nazi Germany, the United Nations was formed out of the wreckage of The League of Nations with the hope of creating permanent peace in the world.

Here is that opening, with keynote address by President Truman – a greatly subdued ceremony, with war still looming and a country still in mourning over the loss of President Roosevelt. It was a dream that has somehow held together 68 years and countless conflicts and threats later.