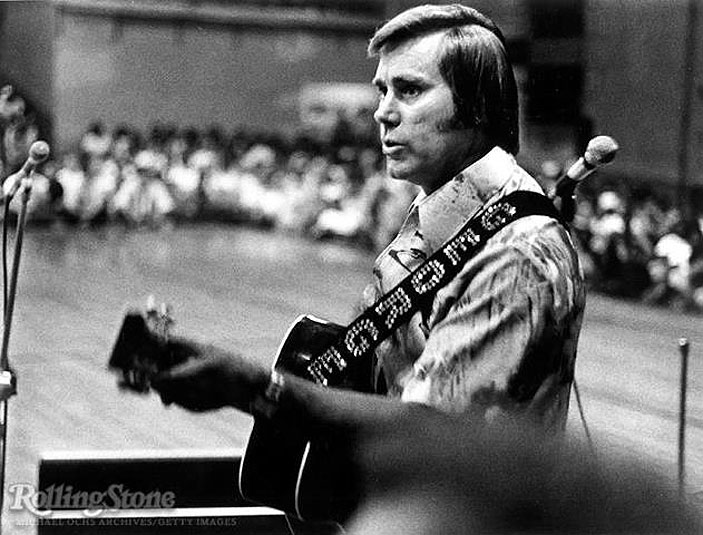 Not really part of our regularly scheduled posts, nonetheless the passing of yet another iconic musician is more than enough cause to pay tribute. And even though Country-Western music isn’t even a regular feature on Past Daily, the fact that George Jones, who had such an impressive and huge catalog of memorable Country hits that he was lauded by critics as “The Greatest Living Country Singer”, only seems right and fitting to post a tribute to the man and his music.

I’m familiar with George Jones, but not that much with his music. Being aware of something and paying close attention to it are two different things. I knew that Jones was a widely acknowledged legend in the field of Country Music for many years. I could not, for the life of me, name one of this vast catalog of hits – so that makes me no expert and maybe not very representative of someone doing a tribute to an artist.

But as I suspect many readers of this blog, like myself, may know of him, but not him, running this concert  may shed some light on just who it was the music world lost this past week at the age of 81.

So for that reason here is a concert, recorded in 1979 for the Live From Gilley’s syndicated radio program featuring the late, Great George Jones.

The Music World loses another one. Country-Western Music is one huge voice less tonight.