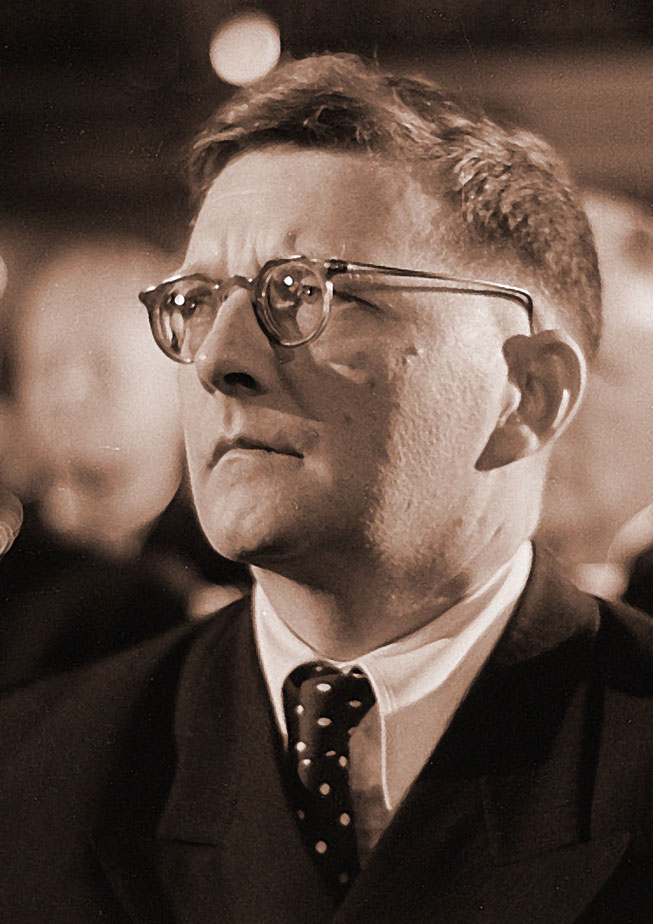 Dmitri Shostakovich - Came along at a time when the world needed him the most.

Dmitri Shostakovich – Came along at a time when the world needed him the most.

Back to premiers this weekend. This one; the Western Hemisphere First Performance of the 2nd String Quartet of Dmitri Shostakovich. Regarded as one of the most important Modern Composers of the mid-twentieth century, NBC Radio devoted several broadcasts premiering Shostakovich’s small ensemble works. This premier of the 2nd String Quartet took place on March 17, 1945  featured the somewhat fictitious NBC Symphony String Quartet, which consisted of first chair members of the String Section of the Symphony, but who were also members of other prestigious groups. Mischa Mishikoff and Daniel Guilet, violins – Carlton Cooley, viola and Benar Heifetz, cello.

It’s interesting that a commercial network, like NBC would devote much time to the cause of performing arts. But then, it wasn’t at all unusual at the time, and a point of pride, that mainstream media was concerned with the cultural well-being of its audience. NBC was only one who devoted numerous hours in the course of a week to the cause of stimulating brains. CBS and the fledgling ABC (offshoot network of NBC in 1945) were very much doing the same thing. Can’t exactly say that would happen now, under any circumstances.

But not in 1945 and certainly not with Dmitri Shostakovich.

Here is the Western Hemisphere Premier of the 2nd String Quartet of Dmitri Shostakovich as performed by the NBC Symphony String Quartet, on March 17, 1945.