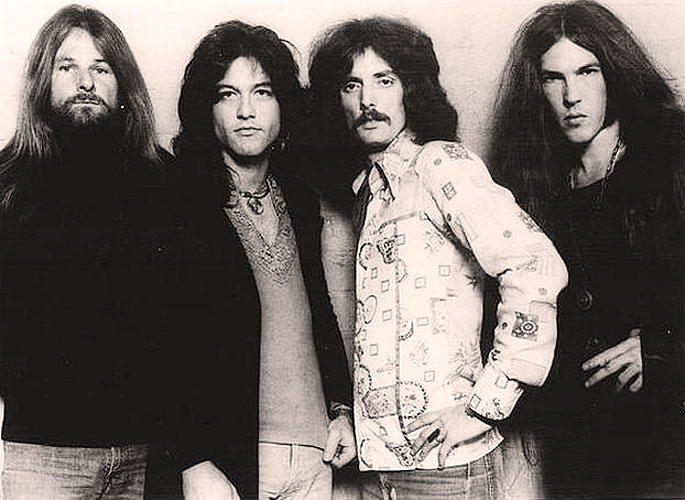 Captain Beyond - sadly overlooked in the scramble of the 70s.

Captain Beyond – Live At Montreux – 1971 – Nights At The Roundtable: Mini-Concert Edition

Captain Beyond – sadly overlooked in the scramble of the 70s.

We take requests – and this is one of them. Captain Beyond were one of those bands that had all the earmarks of being a household name, but for whatever reason; timing and a reasonably ill-prepared record label, they suffered a goodly amount of undeserved overlook and neglect.

With members coming from bands as diverse as Iron Butterfly and Deep Purple, Captain Beyond were regarded as one of the first of the Prog/Hard-rock bands to come out of the 70s. In a time when much of the Stateside emphasis was on the “Geffen Acts” (i.e. Eagles, Linda Ronstadt etc.), and Prog-Rock being the somewhat exclusive property of Europe, Captain Beyond were something of an anomaly with audiences.

Though they persevered and released a few albums, regrouped and reinvented over the years, they’ve still never gotten the recognition they deserve. Sadly, two of the founding members, Lee Dorman and Larry Reinhardt have since passed away.

Tonight it’s an appearance at the 1971 Montreux Jazz Festival in a short set, and one that constitutes their debut. Their first album wasn’t released yet, making this a rare appearance and an even rarer recording. Various versions of this gig are around – it was shot on video tape and the sound has ranged from acceptable to rotten. Unfortunately, the intro to the band is missing and fades in rather quickly.

But as always the case in history – you have to take what you can get.

Hopefully, more early material by this almost-forgotten band will surface. In the meantime, get acquainted with a very deserving and great band – who were much better in concert than they were in the studio, as was the case with a lot of music in the 60s and 70s.