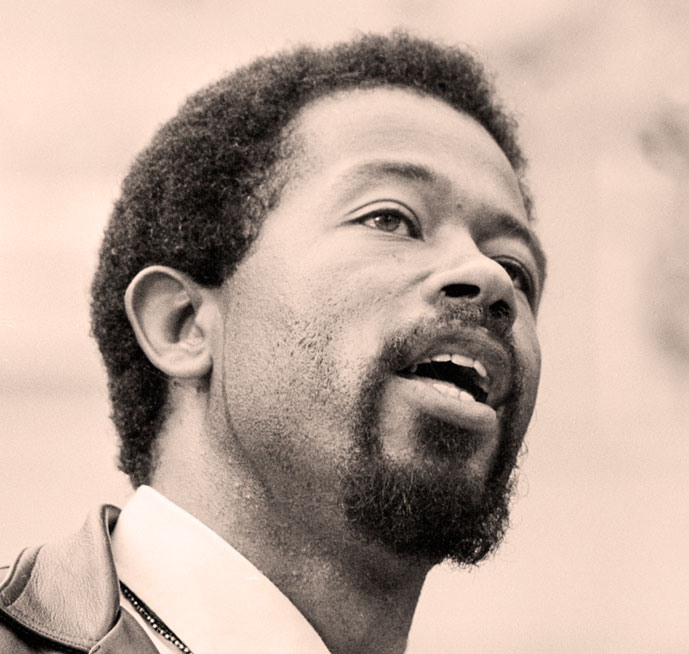 Eldridge Cleaver - iconic leader of The Black Panthers in the 60s - went haywire along the way.

Whitewater And Former Black Panthers – May 1, 1998

Eldridge Cleaver – iconic leader of The Black Panthers in the 60s – went haywire by the 90s.

A day loaded with contrasts, this May 1st in 1998. The Whitewater Scandal and the relentless pursuit by Kenneth Starr of the Clinton White House. Former Assistant Attorney General Webster Hubbell was charged with income tax evasion in connection with the Whitewater investigation. Hubbell was accused of evading paying income tax to the tune of some $ 1/2 million. Hubbell had just finished spending some time in prison over a charge of defrauding the Clintons. Starr, looking for more ammunition to use against Bill Clinton, decided to go after Hubbell again with the hopes of digging up something substantial this time. Despite what many considered excessive, Starr was determined to “get something” on President Clinton, no matter what. Our tax dollars at work . . . .

Meanwhile, the Senate approved the first full-scale expansion of NATO since the beginning of the Cold War, adding Poland, Hungary and The Czech Republic to the alliance.

Overseas, Russia’s problems with Chechnya started heating up with kidnappings of a Yeltsin aide, a personal envoy to Chechnya reported missing and abducted by separatists.

And former Black Panther leader Eldridge Cleaver died in Los Angeles at the age of 62. No details on the cause of death, but some background on Cleaver’s life post-Panthers was considered strange by many. Becoming a born-again Christian and a Republican were just the tips of a baffling iceberg for an icon so outspoken in the 1960s. Times; they do change.

And that’s just some of what was happening on this May 1st in 1998, via NPR’s Hourly newscasts from Morning Edition and All Things Considered.