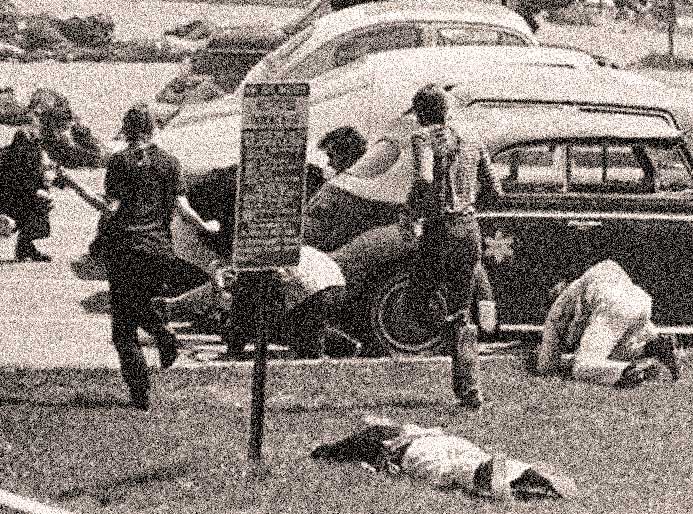 The day the conversation changed.

The day the conversation changed.

Hard to imagine 43 years ago the conversation regarding the Vietnam War took an abrupt turn – but the abrupt turn was in a violent way. Prior to this, the Anti-War movement had been largely peaceful, and growing in numbers. The straw came in the form of a U.S. led invasion of Cambodia, a country neighboring Vietnam. This escalation signaled an “enough is enough” reaction from the majority of the American people, who prior to this time had either supported the War, or were on the fence about it.

The voices of dissidence grew in vast numbers. So when the showdown came at Kent State, one of those “sleepy” colleges not considered any sort of hot-bed of radicalism, and when the reaction by National Guard troops to open fire on the unarmed demonstrators, it sent an alarming signal throughout the country that things had just gotten out of hand.

What long-time veterans of the Anti-War movement knew all along was now filtering down to the normally disengaged; The Vietnam War had to end – it had lost it’s point (if it ever had one) many years prior, and our troops were dying needlessly in a war we had no business getting involved in the first place.

Here is a news report covering the demonstration and its tragic aftermath via The NBC Nightly News for May 4, 1970.