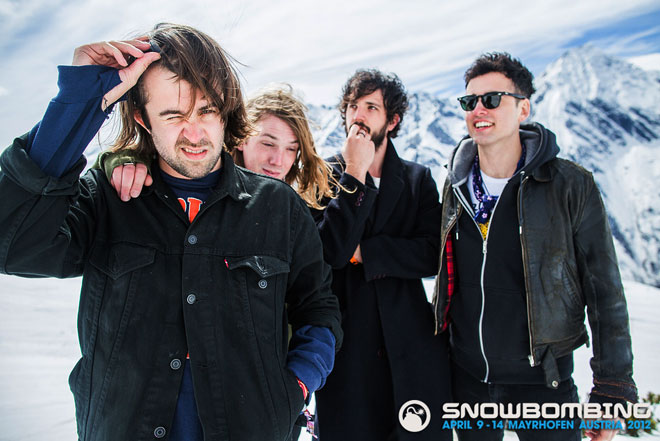 The Vaccines - rumored to have been on tour for 3 years straight.

The Vaccines – Live At Printemps de Bourges 2013 – Nights At The Roundtable: Festival edition

The Vaccines – rumored to have been on tour for 3 years straight.

Well, now that Festival season is in full swing, adjusting schedules, setting timers, studying lineups and crossing fingers that the multi-tasking doesn’t overload the computer has become a full-time task. But seriously, it’s worth it.

This year promises to be a wall-to-wall feast of great music by old favorites and up-and-comers. Since it’s impossible to be all places at once, the greatest innovation of the past 30 years; streaming, has been saving more than the usual number of asses this year. And the overload has never been more fun.

Tonight it’s a set by The Vaccines from last week’s Printemps de Brouges festival in France. While Jazz Fest in New Orleans was rolling on this side of the Atlantic for their first weekend, they were ripping it up on the other side of the Atlantic with this first of the great Spring Festivals.

The Vaccines have been touring constantly (by their own admission) for the past three years. The work is paying off and they are geting a healthy following all over Europe and their native UK. They are touring the U.S. later on this Summer before heading back into to the studio to work on album #3.

So, if you aren’t familiar, here are The Vaccines as they were in concert last week. Complete with post-gig interview (the French interviewer goes in and out between French and English really impressively…why can’t we all do that?) and a lot of breathless excitement from the fans.

Put them on  your calendar of bands to see later on this year.

In the meantime, crank this one up.