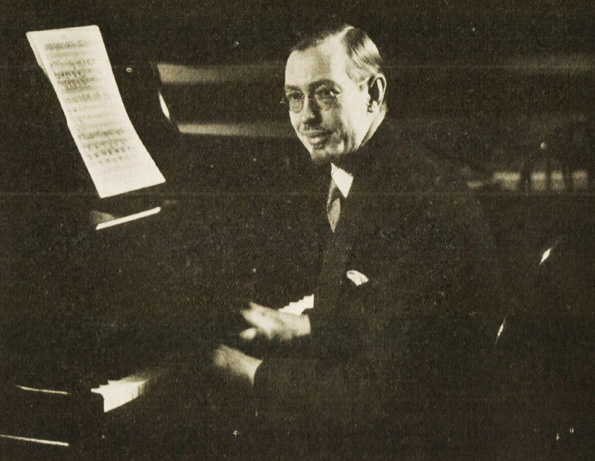 Howard Hanson - a lifelong dedication to the cause of Contemporary American music, including his own.

Howard Hanson – a lifelong dedication to the cause of Contemporary American music, including his own.

Some Americana tonight, by way of the Eastman School of Music Symphony, with the venerable Dr. Howard Hanson at the podium.

Part of the series America‘s Composers, this segment features Hanson conducting one of his own, lesser-known works. Fantasy Variations On A Theme Of Youth for pIano and orchestra featuring the Eastman School Symphony along with Alfred Mouledous, piano.

The series America’s Composers was a fascinating look at what was a rather busy and productive outpouring of what at the time was considered Contemporary American Classical music. Sadly, very few of the names mentioned in this series are remembered today; some barely, and only by way of one or two pieces.

Dr. Howard Hanson was a vigorous supporter of Contemporary Music, and his tenure at the Eastman School of Music is legendary. As a composer himself, Hanson achieved a modicum of success, but even his work has falled into obscurity in recent decades.

So maybe a reminder now and then about the vast untapped libraries of undiscovered and long-forgotten works might be a good thing.

For now, here is that performance of Hanson’s Fantasy Variations On A Theme Of Youth, as broadcast on February 9, 1953.