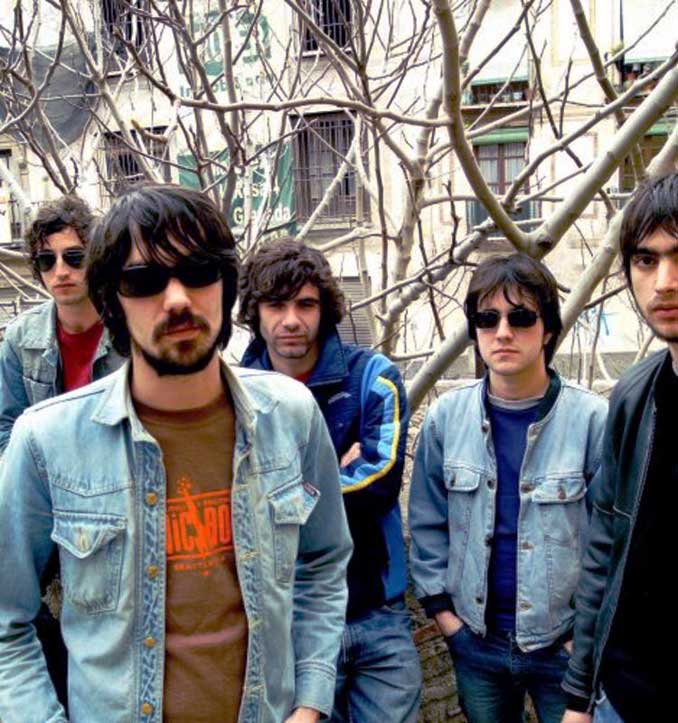 The Lori Meyers At SOS Live 4.8 Murcia Festival – Nights At The Roundtable: Rock Without Borders/Festival Edition

A very busy weekend, with two large festivals taking place simultaneously but in different parts of the world. Jazz Fest in New Orleans was heading into Week Number 2 with non-stop bands (and non-stop rain from the sounds of it), but also going on at the same time was a lesser-known, but no less popular festival happening in Spain. SOS Live 4.8 Murcia Festival in Spain started on Friday and ended this past Saturday. It was equally jammed with bands, primarily Indie/Alternative and mostly home-grown, with a few notable exceptions, namely XX, M83 and Bloc Party.

So while I’m sorting through the 48-odd hours of Jazz Fest, I thought I would give you a taste of Murcia for now with one of Spain’s most popular Indie bands. The Lori Meyers have been together since 1998, making this their 15th year together (with a few personnel changes). They have a string of albums going back to 2000 and have been widely praised by critics and widely enjoyed by Spanish audiences in all that time. Their success hasn’t extended past Europe, but that’s no excuse not to know who they are. There is that age-old language barrier (they sing exclusively in Spanish), but like I’ve always said – music is universal and language should never be a barrier.

I will say, from a strictly technical point of view, that the vocal monitors were probably not up to scratch and the mix suffered slightly with several flat notes here and there. One of the risks you take doing a live concert; you have to trust your crew is on top of things and everybody can hear themselves.

But that’s nit-picking as 95% of the concert is enjoyable, otherwise I wouldn’t include it.

So if you’re not familiar with The Lori Meyers, here is an opportunity to hear them as they were this past weekend, with no  doubt several more chances before the year is out. Recorded by Radio Nacional Espana Radio 3, as they did for the full two days. Lots of announcing, with much of it over band intros – but that’s the nature of live broadcasts from Europe. I’m not going to kick about it, though some die-hards might. Just gotta roll with the flow on this one and enjoy it anyway.