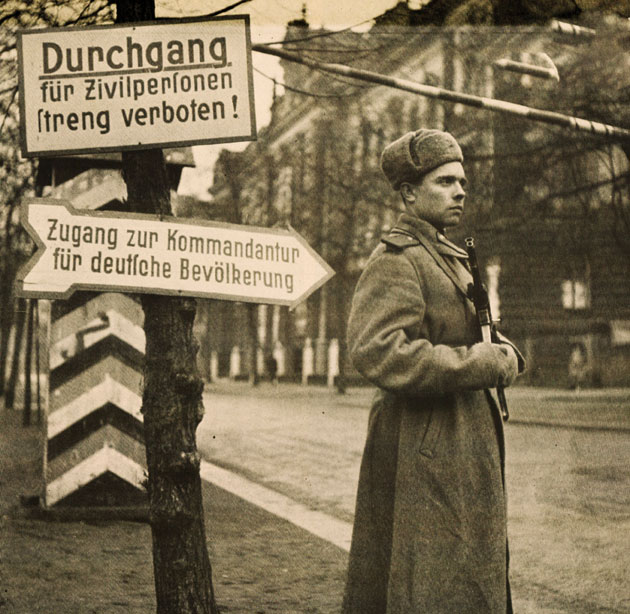 . .and then the breakdown.

. .and then the breakdown.

And a year to the day after the “official” end to the War in Europe, the creeping Cold War was making its presence known on this May 8th in 1946. As Europe continued to dig itself out of the wreckage of five years of war, new ominous clouds were appearing. Disputes, accusations of meddling, issues over the Army of displaced. Starvation on a mass scale and economic hardships were facing just about every nation recovering from the affects of Nazi occupation. In Eastern Europe the problem was more acute – with inflation turning Hungarian money worthless and threats of exchanging one occupying force for another (the Germans out – the Russians in) becoming more matter-of-fact, the honeymoon of liberation and Victory was rapidly coming to an end.

News for this day in 1946, delivered in a rather folksy and genial manner by newscaster/commentator Frazier Hunt, spoke of labor disputes threatening the American workforce with the Coal Strike idling some 800,000 workers. And the severe lack of coal as a power source forced many cities around the country to instigate brown-outs in order to conserve dwindling supplies. A dispute between Iran and Russia was being taken up by the United Nations and the U.S. was continuing its testing of Atomic Bombs in the South Pacific – the latest test to be witnessed by a large contingent of Foreign press.

In Britain, a proposal was put forth in Parliament for the complete withdrawal of British troops from Egypt. IRA Hunger striker David Fleming pledged to continue his strike, even if it meant his death. His strike and the fears over the possibility of his death in the coming days fueled tensions between Northern Ireland and Britain.

News on the recent French elections proved disappointing for hopes of a Communist government there with the much publicized surge in French Communist party membership not able to turn the tide of the moderates.

And so the world spun wearily on, this May 8th in 1946 as presented by Frazier Hunt over The Mutual Network.