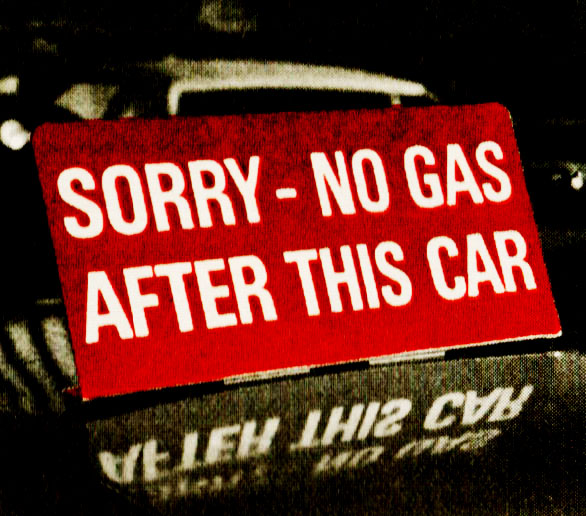 If you owned a car, this May 9th in 1979, you were no doubt preoccupied with what number your license plate ended in. Because gas rationing was being enforced and was strictly limited to odd numbered or Personalized license plates on this day.

And of course it was topic A in conversation for most everyone, especially if you lived in Los Angeles or anywhere around Southern California. Los Angeles had no efficient public transit system to speak of then. And since many people lived in the suburbs surrounding Los Angeles, people relied almost exclusively on their cars in order to get to work.

Lines snaked around gas stations. Gas stations closed unexpectedly. Fights broke out. People forgot what day it was. In short, it was a mess.

So on this day, the news was given over to reports in the field from various communities in Southern California, as reported on KNX-AM in Los Angeles. There was other news – it was looking like the SALT II treaty was going to ratified. The Hillside Strangler case was moving along and the Middle East was smoldering as usual.