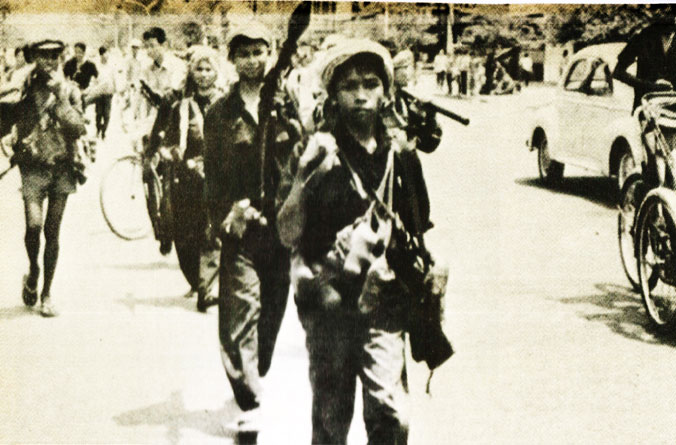 Further evidence May, historically, has been anything but a dull month.

Take for example this past week in 1975. News for the week ending May 11, 1975 was about upheaval, reprisal and fear for the future.

With the collapse of South Vietnam, the exodus of refugees to America continued. The ensuing hysteria created such an air of confusion that even figuring out what became of the last two Marines killed in Vietnam became embedded in a fog of panic.

The changes were rapid. The South Vietnamese government under Big Minh surrendered to representatives of North Vietnam and the process of dismantling the old vestiges of Colonial rule and U.S. intervention began. Among them came the name change – Saigon as the name of a city ceased to exist. Replaced by the name Ho Chi Minh City. And this was just the start.

The ominous word came from Cambodia where the Khmer Rouge had taken over and what would be the Pol Pot reign of terror began. As reporters were let out of the country, they came back with stories of forced marches by civilians – completely emptying the city of Phnom Penh, sending its inhabitants to rural areas. Everyone was forced to leave – sick, badly injured and the elderly – all marched out en masse, for reasons not quite clear on this May 10th.

And this week also saw, in 1975, the 30th anniversary of the end of the War in Europe. And commentators gave reflection on the contrast between the world of 1945 and the world of 1975; a week where seemingly endless wars were over, but with dramatic contrast in results.

The world was a different place in 1975 – less sure of itself than ever. Looming economic problems and a tidal wave of refugees about to land on the West Coast. It was a week to wonder where all this was heading.

And that’s how it went on this May 10th in 1975 via the CBS News program The World This Week.