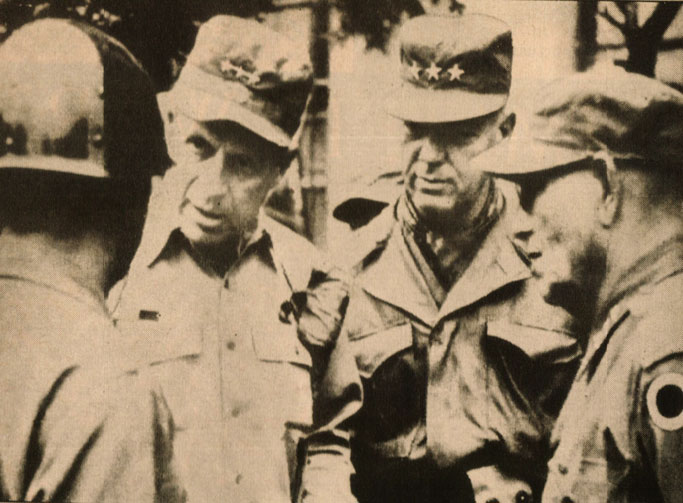 Generals Ridgeway and van Fleet - girding up for another offensive from the North.

Generals Ridgeway and van Fleet – girding up for another offensive from the North.

Another week of war, this week ending on May 13th in 1951. The war this time was Korea and UN troops were preparing for what they believed was a second Spring offensive by North Korean troops. All that was happening now was waiting and gearing up.

Meanwhile on Capitol Hill, testimony regarding our role in the Korean War  was being examined with representatives from the White House giving their side and representatives of the recently dismissed General MacArthur giving theirs. The MacArthur point of view stressed waging a wider war as a way of bringing the Korean conflict to a quick conclusion. President Truman believed the opposite – a wider war would only create far more casualties and open up the conflict to areas not now in danger. And the controversy raged on.

That and more was covered during this week of May 13th 1951, although Korea, the recent firing of General MacArthur and what the future had in store for the Korean conflict were pretty much the stories that dominated the news as presented by NBC’s Voices and Events program for May 13, 1951.