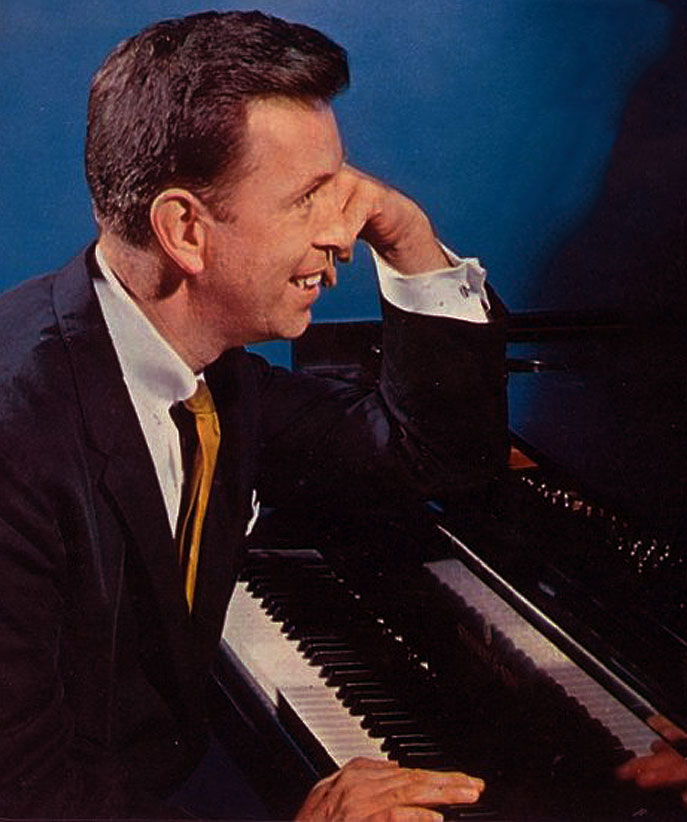 Composer William Pursell during his foray into Pop Music.

Composer William Pursell during his foray into Pop Music.

Continuing this week with American Composers of the 1950’s. This broadcast, part of the America’s Composers series features the Eastman School Student Symphony conducted by Howard Hanson in music by Student composers, studying at the school at the time of this broadcast on March 16, 1953.

In the early 20th century, George Gershwin was greatly influenced by African American music. He created a convincing synthesis of music from several traditions. Similarly inclined was Leonard Bernstein, who at times mixed non-tonal music with Jazz in his classical compositions. Leroy Anderson, Ferde Grofe and Morton Gould also composed pieces in the “symphonic jazz” vein.

Many of the major classical composers of the 20th century were influenced by folk traditions, none more quintessentially, perhaps, than Charles Ives or Aaron Copland. Other composers adopted features of folk music, from the Appalachians, the plains and elsewhere, including Roy Harris, Elmer Bernstein, David Diamond, Elie Siegmeister, and others. Yet other early to mid-20th-century composers continued in the more experimental traditions, including such figures as Charles Ives, George Antheil, and Henry Cowell. Others, such as Samuel Barber, captured a period of Americana in such pieces as Knoxville: Summer of 1915.

The 20th century also saw important works published by such significant immigrant composers as Igor Stravinsky and Arnold Schoenberg, who came to America for a variety of reasons, including political persecution, aesthetic freedom and economic opportunity

Of the composers mentioned in this broadcast, one made a brief foray into the Pop Music world. William Pursell (or Bill Pursell) had a number of hit singles in the early 1960’s and had recorded extensively for Columbia Records before resuming his career in contemporary Classical Music. The other two, Walter Hartley and Ron Nelson have long and distinguished careers in the world of Academia.

All of them have an impressive number of compositions under their belt and are three more reasons why American Classical Music needs to be given a closer look than the passing glance its currently getting. There are a lot more out there than Aaron Copland, in case you didn’t notice. Just sayin’.

It’s a safe bet none of these pieces are available on commercial recordings of any kind, and with the exception of Pursell’s pop material, none of it has been made heard since these first performances. It’s a reminder  that the world of music is huge and vast – and probably not all of it can be heard in one lifetime.