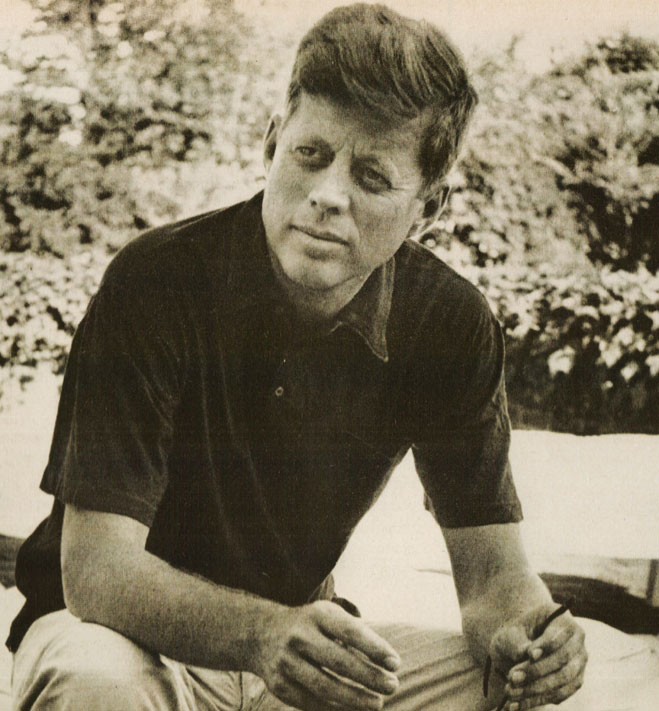 May 20, 1962 – JFK Would Like A Word With You About Medicare – Past Daily Reference Room

On May 20, 1962, President Kennedy addressed a rally at Madison Square Garden in New York in support of his Medicare legislation:

President Kennedy: “This bill serves the public interest. It involves the Government because it involves the public welfare. The Constitution of the United States did not make the President or the Congress powerless. It gave them definite responsibilities to advance the general welfare–and that is what we’re attempting to do.

And then I read that this bill will sap the individual self-reliance of Americans. I can’t imagine anything worse, or anything better, to sap someone’s self-reliance, than to be sick, alone, broke–or to have saved for a lifetime and put it out in a week, two weeks, a month, two months.

I visited twice, yesterday and today, in the hospital, where doctors labor for a long time, to visit my father. It isn’t easy–it isn’t easy. He can pay his bills, but otherwise I would be. And I am not as well off as he is. But what happens to him and to others when they put their life savings in, in a short time? So I must say that I believe we stand about where–in good company today, in halls such as this, where your predecessors-where Dave Dubinsky himself actually stood, where another former President stood, and fought this issue out of Social Security against the same charges.

This argument that the Government should stay out, that it saps our pioneer stock–I used to hear that argument when we were talking about raising the minimum wage to a dollar and a quarter. I remember one day being asked to step out into the hall, and up the corridor came four distinguished-looking men, with straw hats on and canes. They told me that they had just flown in from a State in their private plane, and they wanted me to know that if we passed a bill providing for time and a half for service station attendants, who were then working about 55 to 60 hours of straight time, it would sap their self-reliance.

The fact of the matter is what saps anyone’s self-reliance is working 60 hours at straight time, or working at 85 or 95 at a dollar an hour. Or depending upon filling out a pauper’s oath and then going and getting it free.

Nobody in this hall is asking for it for nothing. They are willing to contribute during their working years. That is the important principle which has been lost sight of.”

And the fears generated by Big Pharma, the AMA and the Insurance companies managed to kill the bill in 1962. It wasn’t until 1964, as a tribute to the legacy of JFK, that Lyndon Johnson re-introduced the bill and Medicare passed for the history books.

Meanwhile, lives get saved, and even the ones yelling loudest for the doom of Medicare are the ones benefitting from it.

So strange, this world we live in.