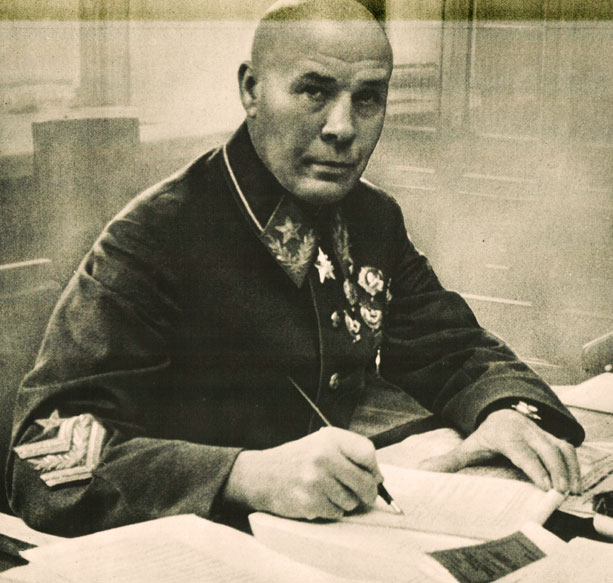 Gen. Timoshenko - Man of the Hour in Russia.

Marshal Timoshenko – Man of the Hour in Russia.

May 20, 1942; potentially a pivotal day in the history of World War 2. The Russian Army, led by Marshal Semen Timoshenko scored a decisive victory in the battle of Kharkov, which could prove to be a tipping point of the war on the Eastern Front.

Speculation that this would be the first of several major victories for the Russians and the result being a defeat for the Germans prompted many to consider it possible, and perhaps the War would be over soon. Perhaps.

From the Pacific front things were relatively quiet – a waiting game was going on. Save for air activity, not much was taking place in the area of troop movements or naval engagements and speculation was rife as to where the next shoe was going to drop. In Washington, Medal of Honor ceremonies were getting ready for General Jimmy Doolittle and the 79 crew members who took part in the now-famous Raid Over Tokyo. It was, for all intents and purposes, the morale boost America needed.

War Production was dramatically increasing, with a reported 120 ships being built in 130 days, with 30 ships being launched on the 22nd of May alone.  Even with the morale boost came word of impending gas and tire rationing. And since no more tires were being manufactured for civilian use until after the War, precautions were being stressed to make the most out of what you had, including a proposal to impose speed limits as a way of preserving tire wear. Not popular ideas or recommendations, to be sure.

All that, and a lot more going on this day in 1942, via News Of The World from the NBC Blue Network.