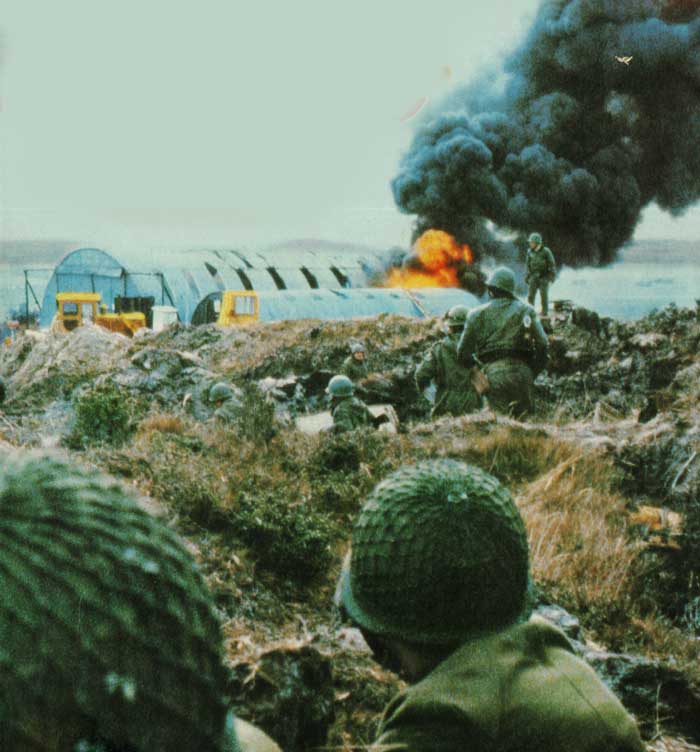 Ratcheting up the shooting war.

Ratcheting up the shooting war.

The ongoing crisis over The Falkland Islands ratcheted up a few more notches, this May 21st in 1982. With British Special Forces landing, and more expected before nightfall, Argentina admitted troops had landed and that Argentine forces were fighting back. Aside from acknowledgements of fighting taking place, not much in the way of details was being given.

In other news – word from the Labor Department was upbeat, with reports that there was a “marked improvement” over the country’s inflation problem, citing a report that consumer prices rose slowly in April at an annual rate of 3%, with higher prices for food and  housing accounting for much of that increase which offset lower gasoline prices.

Both the House and Senate were in the midst of debating 1983 Budget plans with the House optimistic a proposal would arrive shortly. The Senate was a different story.

And that’s much of what went on this particular May 21st in 1982 via CBS Radio News with Richard C. Hottelet.