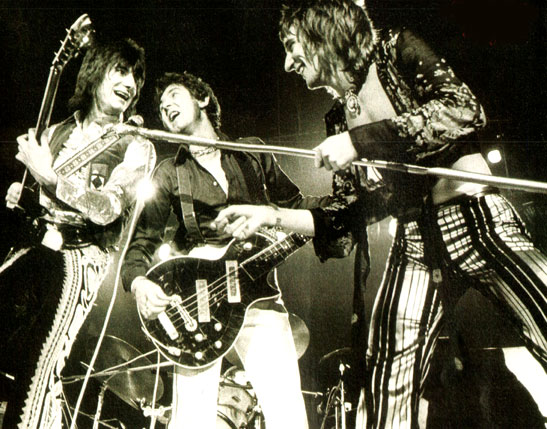 Familiar territory tonight. The inimitable Rod Stewart and Faces, recorded in concert for the BBC at The Paris Theater in London in 1971.

I don’t think a whole lot needs to be said about this band that hasn’t already been said several thousand times over. They epitomized the hedonistic 70s in a way that was appealing, and they achieved Superstar status in a relatively short period of time. The Faces had already established themselves years earlier as The Small Faces and, among a string of hits, their Summer-of-Love anthem Itchykoo Park has achieved a certain immortality, for better or worse. But with personnel changes and a huge change in direction, and with the addition of Rod Stewart, who had already made a name for himself with the likes of Jeff Beck, The Faces were primed and poised to become sensations.