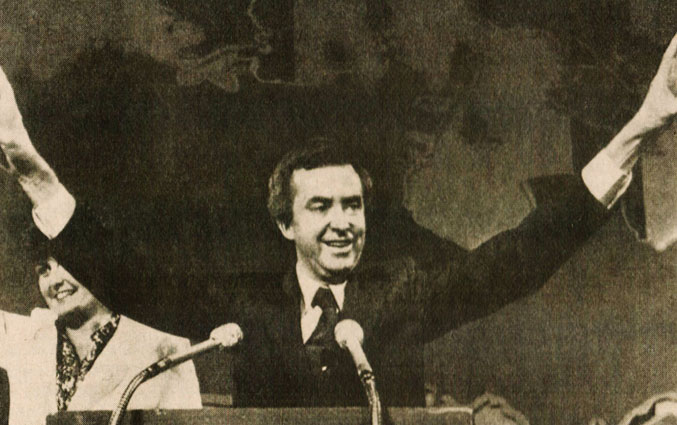 Surprising news from Ottawa, this May 23rd in 1979. An upset victory  by the Tories over the incumbent Liberals and the defeat of PIerre Elliott Trudeau by a 39 year-old dark horse named Joe Clark. It signified a sudden shift to the right in Canada, defeating a party that had been in power for 16 years and a temporary end to the career of Trudeau.

(Spoiler alert: Clark would only stay in office less than a year before being voted out with the Liberal Party and Trudeau resuming power).

In other news; Two executions scheduled to take place in Florida on this day were not taking place after all.  Eleventh-Hour stays of execution were granted to convicted murderer John Spenkelink and Willie Darden. San Francisco was going through their own set of trials, with riots breaking out the night before over the Manslaughter conviction of Dan White in the murders of Harvey Milk and George Moscone. The Twelve Texas State Senators who temporarily up-and-left, returned to the State Capitol – facing the music.

More violence in the Middle-East with bomb blasts going off in Tel-Aviv. The PLO being the likely suspects.

United Airlines trying to woo back passengers in the midst of its 52 day old Machinists strike.

And a move was under way to draft Ted Kennedy for the 1980 Presidential bid. Kennedy publicly said “no”.

And that’s just some of what went on this 23rd day of May in 1979, as presented by Neil Strawser and the CBS World News Roundup.