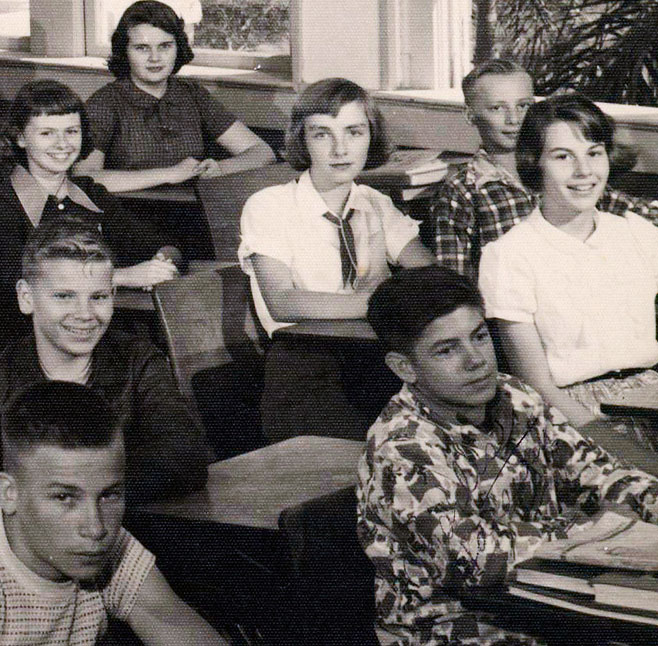 Ponder this: The people in this photo are in their mid-late 70s right now.

Ponder this: The teenagers in this photo are in their mid-late 70s right now.

Sixty years ago, almost to the day, America was muddling over the question “what’s happening to today’s youth?” – Crime was up, juvenile delinquency was up, unwanted pregnancies were up, drug and alcohol abuse were up, high-school drop-outs were up.

It was alarming in 1953. And so CBS Radio, via their Unit One Documentary Features Unit, put together a one-hour special on the state of Teenagers in America in 1953. Hosted by Supreme Court Justice William O. Douglas.

Well, there was a war going on and there was a draft – and the prospects of every male graduating High School student facing a draft board at some point in the near future were very real. There was also the Cold War to consider, and the prospects of nuclear obliteration at any given moment were very real too. We were in the midst of overturning old ideas and attitudes and breaking ground in the area of race relations, and the resistance to that was fierce . Bear in mind, in 1953 we didn’t have Brown vs. The Board of Education yet – schools were still segregated. In 1953 it had only been recently that lynching was finally outlawed. The Montgomery Bus strike and the Rosa Parks protest were still several months off. The McCarthy era and the Red Scare were in full bloom and Rock n’ Roll was waiting.

This Class of 1953 became the tipping point, whether they knew it or not, between the world of old mistakes and the New Frontier. And it’s doubtful at the time that the people putting this documentary together had any idea of what was just around the corner.

And to realize the teenagers in this documentary, like the teenagers in the photo above, are now hovering between 75 and 80 – on the one hand it gives evidence that every generation labors under the pressure that the previous generation thinks they’re useless and we’re all headed straight to hell as the result. And on the other hand it offers proof that, no matter what or how, things work out – we still manage to survive and even flourish. Life goes on.

So forget the teenagers being interviewed are the same age as your parents or grandparents. They were kids, and life was strange, and the world was stranger, and they didn’t know if they were going to survive it or not.

And they did. And so will you.