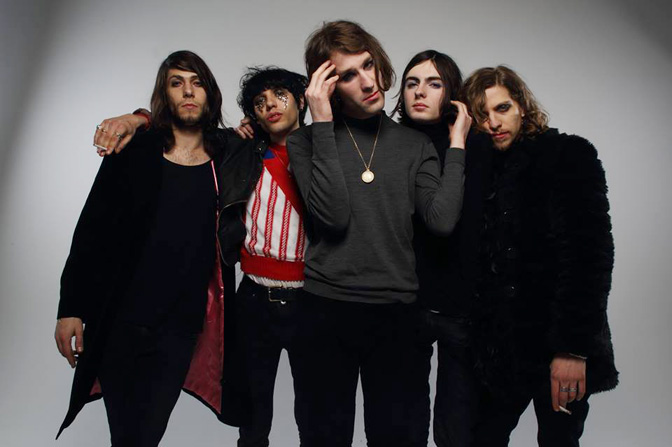 Charlie Boyer & The Voyeurs - asking the musical question: Is Glam ready for a comeback?

Charlie Boyer & The Voyeurs – asking the musical question: Is Glam ready for a comeback?

More festivals and more new acts tonight. Charlie Boyer & The Voyeurs are a recent signing by the indie label Heavenly Records (who’ve been signing a lot of great acts recently) and their appearance at the London Calling 2013 Festival in Amsterdam marks, I think, their first Festival gig.

A short set (coming in at just under 30 minutes), they admittedly are taking a lot of nods from mid-70’s Glam/proto-Punk/Art Rock, while maintaining a current outlook on things. The end result is interesting and may get an audience following. So far they’ve been touring around the UK as opening act for label mates Toy (another band of up-and-comers I’ve played recently).

At the moment they are putting finishing touches on their debut album and working on getting word out.

Here they are at the 2013 London Calling Festival as recorded by Dutch Pop Radio outlet VPRO on May 24th.