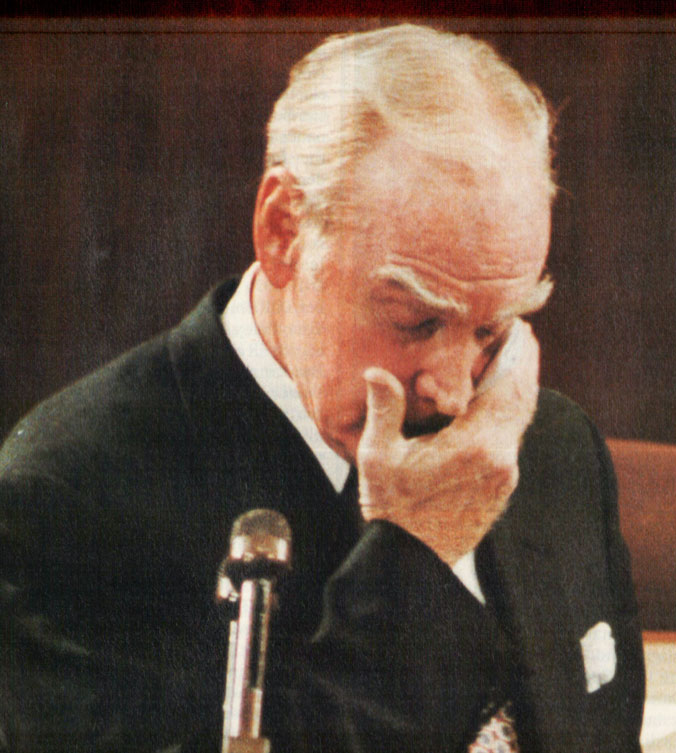 Seemingly no end to scandal where Capitol Hill is concerned. For this May 28th in 1989 the specter of Ethics reared its inquiring head and its victims were the House Speaker and the House Whip.

As always, money was the factor – donations dipped in to, favors being bought, sums not reported – a veritable grab-bag of questionable practices from those elected officials whose reputations go from squeaky-clean to odiferous in a matter of minutes.

This week is was House Majority Speaker Jim Wright, who offered a tearful apology and resignation, quickly followed by  House Whip Tony Coehlo who likewise faced Ethics violation charges, but his were over an alleged $100,000.00 insider trading junk bond acquisition.

It marked the first time a House Speaker was forced from office by allegations of misconduct.

Ironically, the one leveling the charges and clucking jubilantly was none other than that newly-minted Paragon of  Squeaky-Clean, Newt Gingrich.

So this installment of the CBS Radio program Newsmark devoted a goodly amount of time to the fallout of the scandal – this newly uncovered hotbed of misconduct to grip Capitol Hill and wonders of just how far and to whom else these career-melting allegations touched. Only time would tell.

Elsewhere;  news on the rising number of homeless Women was being looked at. Alarming rates of addiction and alcoholism were a major contributing factor. The 80’s were just like that. Shades of more and worse looming.

And China was undergoing an upheaval, with protests urging a shift to Democracy taking place in Beijing’s Tiananmen Square. The sound of constant being heard under the Politburo wasn’t that of air-conditioners, but rather the sound of Mao turning in his grave.

And that’s how this particular week was girding up, since May 28th was a Sunday and there was still Memorial Day to observe on Monday.