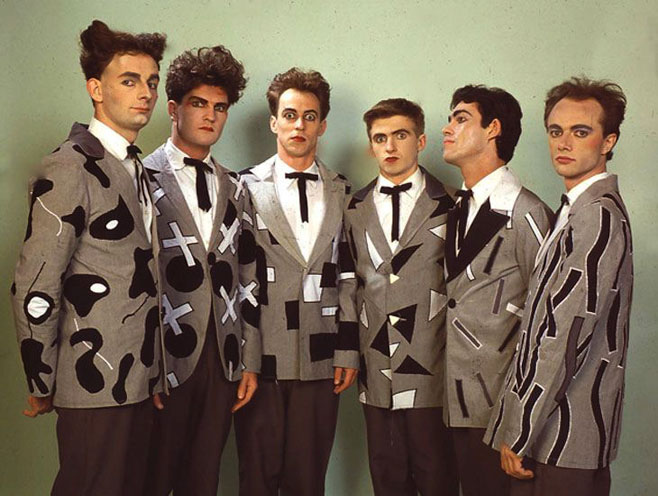 Split Enz - Nothing, if not original.

Split Enz – Nothing, if not original.

I have a special fondness for this band. Having first seen Split Enz at The Roxy  in Los Angeles during their debut American tour in 1977 and having interviewed the band shortly after, I was baffled they didn’t receive the huge acceptance I could have sworn they were going to get from the start.

Well, that was a bit early. And it wasn’t for another couple of years before they got the worldwide recognition they really deserved. Split Enz were always an intelligent, well-crafted, thoroughly engaging band to listen to. And I will confess to wearing out my first copy of Mental Notes in a little less than a month.

They went through some personnel changes in the years later, eventually packing it in for a while in 1984 and going off to other endeavors. But Split Enz have always remained a unique entity in the story of Rock, weirdo stage personas not withstanding.

Tonight’s post is during that formative phase, a little while after I first saw them. In Concert in London and recorded by the venerable BBC for their In Concert series, Split Enz retain all that originality and energy, some 30+ years later.