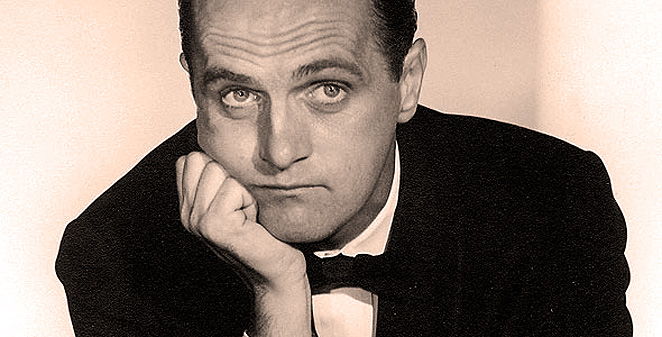 Comic icons this weekend. The legendary Bob Newhart, live at the Hollywood Bowl during the annual benefit for the Boys Club of America in 1961.

Bob Newhart has become such an integral part of our culture that, hearing him early on in his career, just as he was taking off, gives you some idea of what audiences loved so much when they first heard him.

His first album, released several months earlier, was a smash, beating out such chart-staples as Elvis Presley and The Sound of Music to reach Number 1. His second album, about to be released at the time of this concert, would quickly follow in popularity.

Also at the time of this performance, Newhart was about to embark on his first TV series, a variety show for NBC called, fittingly, The Bob Newhart Show.

So this appearance (all eleven minutes of it), marks a star on the rise. And in retrospect, an icon in the making.

He is introduced by popular Los Angeles area disc-jockey Dick Haynes who was with KLAC, who provided their on-air talent to serve as Masters of Ceremony for the show. Some more L.A. history for you.