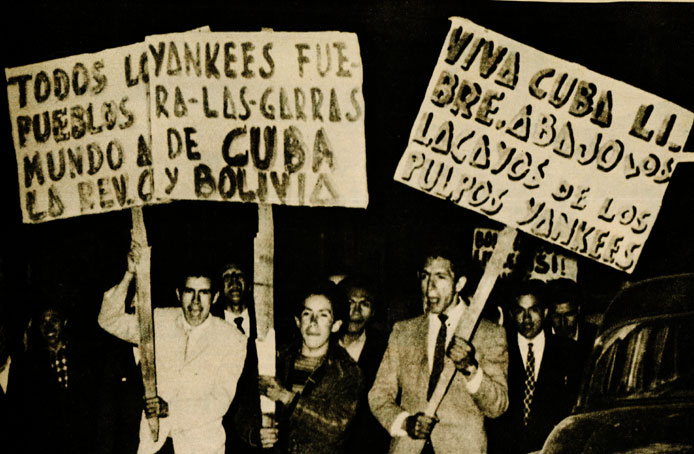 Our Foreign Policy: And always a little something to remind you.

Our Foreign Policy: And always a little something to remind you.

It would be nice. . .Become a Patron!

Further evidence that history on any particular day isn’t about one earth-shifting event, but a series of seemingly inconsequential ones that creep up from time to time and take center stage without anybody looking.

On this June 4th in 1961 it was about Foreign Policy and the upcoming Vienna Summit with Soviet Prime Minister Nikita Khruschev and President Kennedy. Fresh from his wildly successful meetings with DeGaulle in Paris, the Vienna talks were being looked-forward to, not so much that a Kennedy-Khruschev meeting was much-anticipated, but that JFK was prepared for any eventuality or curve balls tossed by the Soviets.

But the story wasn’t all about Vienna. The Dominican Republic was a factor as was our entire Latin America policy, now that Cuba was posing something of a thorn in the side of American Foreign Policy. The Popularity Contest for Hearts and Minds was well underway in the Southern Hemisphere.

And while the President was jetting around Europe, the grumblings of party politics were bubbling up at home, with William Miller as newly-appointed head of The Republican Party vowing to take back Congress in 1962 with a slate of off-year elections pending. 1962 would also be pivotal for the GOP as it would be the first glimpse of the new far-right wing of Barry Goldwater staging a power-grab for seats in the House.

And speculation was underway regarding the lofty prediction only a few days earlier by the President to put a man on the Moon by the end of the decade. The $31 billion price tag seemed too steep for some, who argued it was not feasible to accomplish something so bold in that short a time.

History would unfold. And the seemingly impossible became reality. Because history is just like that.

And that’s how it rolled, for this 4th day of June in 1961, as presented by several correspondents via the News In Review feature over NBC Radio.