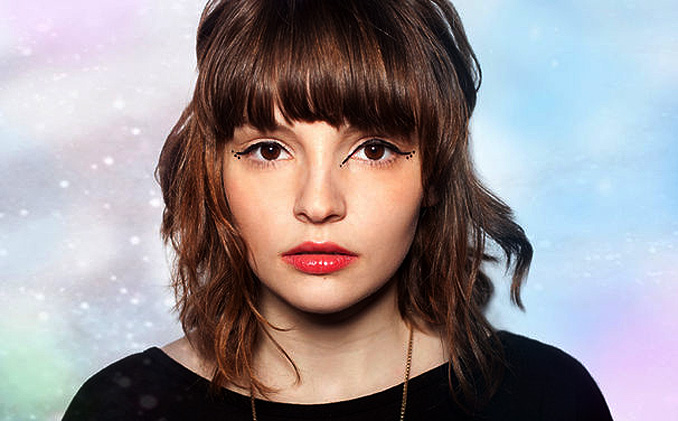 Lauren Maybury of Chvrches - Figuring prominently on a veritable who's who of "best-of" lists.

Chvrches – Live In Munich – Nights At The Roundtable: Mini-Concert Edition

Lauren Mayberry of Chvrches – Figuring prominently on a veritable who’s who of “best-of” lists.

In case you haven’t noticed, Scottish electro-pop raves Chvrches (pronounced Churches if you were wondering) are currently embarking on a North American tour which began in May and goes until the end of June, when they head back to Europe and keep the ball rolling at least until October. A lot of festival appearances are booked, so it should be a good year for them.

Very busy band. Very busy new band. Chvrches have only been around since 2011 and only started making waves last year when they managed to get on most of the “best of” lists around Europe and became one of the main bands to watch in the coming year.

Tonight its one of their German “introducing” gigs from early in May. I’m not sure of the venue but am guessing it’s Munich, although it might be Berlin – as the date didn’t show up on their site’s itinerary, but Munich, Frankfurt and Berlin are all in there someplace. So . . .

Check them out if you haven’t seen them yet. They should be heading east this week. After that it’s back to Europe for, what looks like, the rest of the year.