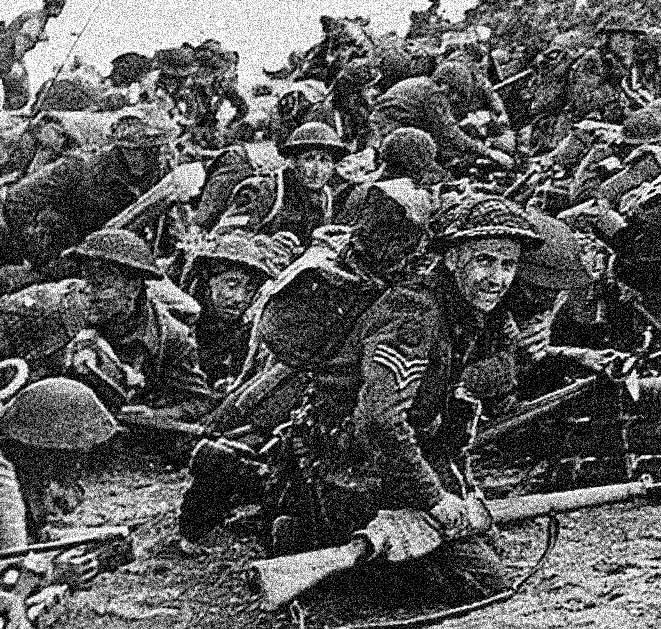 At the time, uncertainty.

At the time, uncertainty.

Certainly the date of June 6th isn’t the sole property of 1944. A lot has happened since then. But  as time passes and the numbers of people involved or bearing witness to that day in history begin to fade, it’s more of a tribute to our parents and grand-parents (and Great–Grandparents) who went through a time of great uncertainty and upheaval and lived to talk about it.

For one thing, we really just don’t fight wars like that anymore, and haven’t since the early days of Vietnam. The enemy has changed and has become less defined. If World War 1 signaled the end of the “proper war”, World War 2 signaled the end of the clearly defined one, and it is unlikely it will ever return to the “rules of engagement” era so strictly adhered to then.

The one element that hasn’t changed is the aftermath. The physically and emotionally damaged are always left in vast numbers – whose aftereffects go on for decades, and always will as long as wars are fought in any conventional or non-conventional way. There are doubtless still veterans of World War 2 coming to grips with events from going-on 70 years ago.

Maybe one day we’ll look at June 6th as a distant antiquity as many already have – it will be less and less observed as have battles of previous wars faded from our collective consciousness. But not this year, and certainly not next when it will mark the 70th anniversary of the Allied invasion of France and the eventual capitulation of Hitler and Nazi Germany.

But for now, here is a one-hour extract from June 6, 1944 as presented by Mutual Broadcasting and the BBC, from 7:30 until 9:00 in the morning. People in the U.S.  hearing the news as they were waking up, and all attention was focused on the coast of France.