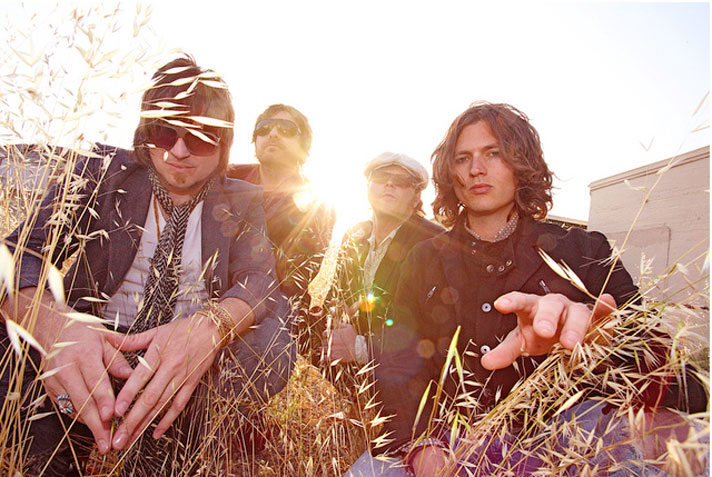 Rival Sons - Local West Coast rockers who prove you can make it lots of places.

Rival Sons – Local West Coast rockers who prove you can make it lots of places.

Rival Sons are a local (Long Beach) California band who have found their fortunes, not on these shores, but overseas.

Getting together in 2008, they were signed to a major label from the get-go (Atlantic). But in true current day Major Label fashion, unless they scored instantly with mainstream audiences were not deemed to be worth much, got the old “give it six months to see if it sticks” routine and were subsequently dropped.

But as has been proven over and over and over again – if you decide what you’re doing has more relevance than what some Accounting department feels, you will quickly re-tool yourselves and go the DIY route. They did and were quickly recognized as a force to be reckoned with, not by a U.S. label, but by an Independent UK one. Earache Records (great name for a label, btw), being primarily a Heavy Metal label, took a chance and signed the band.

The hunches proved right and the fit surprisingly worked well. An Indie/Hard-Rock/Alternative band from Long Beach California, signing with a London based Heavy Metal label has paid off well and the results are amply apparent during this appearance by the band at the 2013 Sweden Rock Festival, recorded earlier today by Sveriges Radio’s P3 outlet, as you’ll notice by the Swedish outro at the end.

What this proves – and every musician/band/artist/writer/painter/actor needs to be aware of this – if it doesn’t happen for you here, chances are it will happen for you somewhere else. The playing field has changed and it is easier and more fulfilling getting your stuff exposed in another country who appreciates your work as a creative entity than it is struggling on your home turf to people who are only concerned with profits and bottom lines. I have seen this happen a lot. My self included. Rival Sons is only one example, but it’s a good example of just what can happen if you think outside the zone of the familiar.

In the meantime, check them out – they are doing a small tour of the U.S. before heading back to Europe and hitting the festivals.