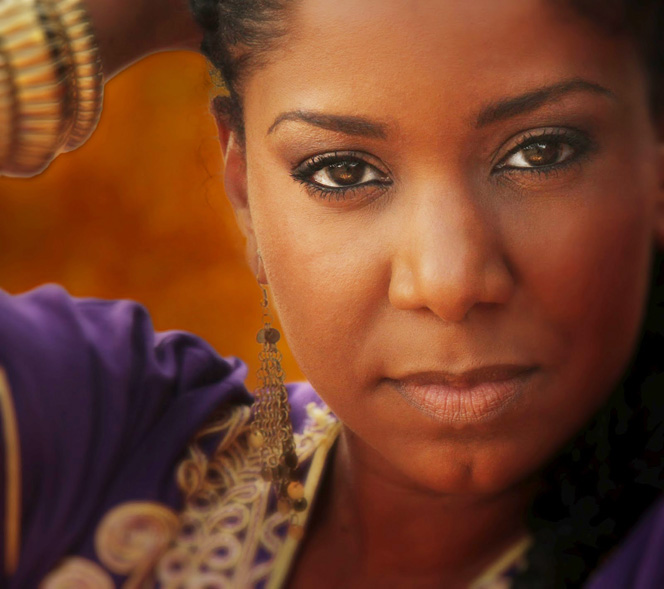 Nancy Vieira - she had me at the intro.

Nancy Vieira – she had me at the intro.

Back over to Wurzburg tonight for another wonderful entry in the 2013 Africa Festival. This time with the radiant Nancy Vieira from Cape Verde.

Vieira’s music is as much a melting pot of styles as the country she comes from. A mixture of Afro-Cuban, Fado, Rumba, folk and pop. It all comes together in seamless fashion and Vieira’s remarkable voice glues it all together.

Tonight it’s a concert recorded on June 1st and broadcast shortly after. Like the Africa Festival itself, it’s an amazing tour of some of the best sounds coming out of that continent right now. And somehow it’s bitter-sweet, knowing the set of strange edicts earlier this year coming from Somalia, banning all music like this from public performance makes you scratch your head with complete disbelief. We are given this incredible feast of gorgeous music, while those responsible for it are deemed somehow immoral and “un-islamic”. I suspect the ones handing down the edicts are the immoral and un-islamic ones – since we all know there’s God in the notes.

But that’s just me.

Festival season continues and more will be revealed.

In the meantime, enjoy and feel nourished.