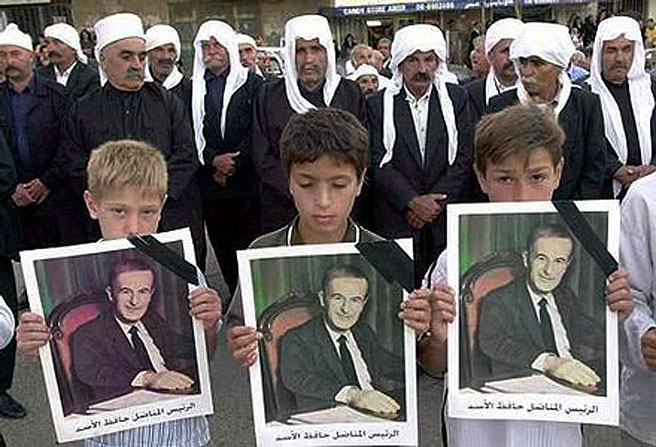 Amid the wailing, giggles.

Amid the wailing, giggles.

A day of ironies, this June 12th 13 years ago. On this day in 2000 gas was inching towards the unheard-of $2.00 a gallon, the Judicial system regarding the Death Penalty was broken and Syria was outwardly mourning-but-inwardly breathing a sigh of relief over the passing of President Hafez Assad and eagerly looking forward to the new regime of the son, Bashar.

And oh, how much has changed.

A scant thirteen years later, Gas is snaking upwards from $4.00 a gallon, the Judicial system is still broken. Bashar Assad and the rest of Syria is covered from head to toe in Civil War.

Here is that day, with all those events and much more, reported via The CBS World News Roundup for June 12, 2000.