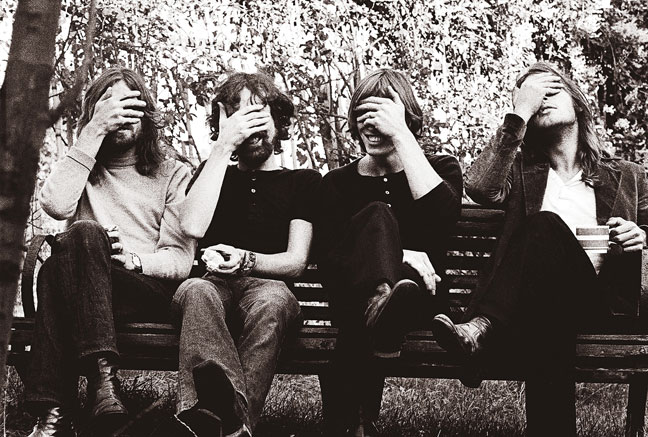 Pink Floyd at the pivotal crossroads in 1970.

Pink Floyd at the pivotal crossroads in 1970.

A lot of people I have run into lately, who are big fans of Pink Floyd, usually cite not knowing too much about them prior to Dark Side Of The Moon, or even The Wall.

Pink Floyd’s history goes back much-much further (and for me, much more interesting) than that watershed period of the early 70s onwards.

1970 would be considered a period of re-assessment and re-invention  for Pink Floyd. The huge influence of Syd Barrett was gone and the direction of the band was in question. What was the next logical step.

This concert, the first set of two sets (I didn’t include the second set) comes from that pivotal period where they were transitioning from  Astronomy Domine to the Ummagumma period.

Not quite the massive popularity they would achieve only a few years later, the audience is somewhat sparse. And anybody who was around during that time will attest to the fact they weren’t a huge draw. Still . . .it took time.

So here is that first set – the sound is better than a lot of recordings from the period, and I am not entirely sure if this is an audience recording or a combination soundboard with mics out to the audience. The vocals are quite clear and undistorted.

But still – it’s history and one example of some of the earlier live recordings of this legendary band.