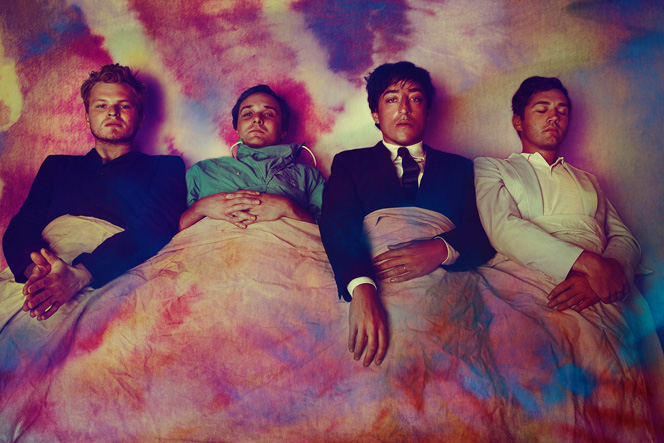 Grizzly Bear – In Session At Sveriges Radio – Nights At The Roundtable

Click on the link here for Audio Player – Grizzly Bear – In Session at Sveriges Radio – June 17, 2013

A blast of Americana in Stockholm tonight with Brooklyn Psych-Meisters Grizzly Bear doing a session for Sveriges Radio on June 17th.

Around since 2002 and picking up a large and loyal following, and a fan base that includes such luminaries as Johnny Greenwood of Radiohead, Grizzly Bear have firmly cemented themselves as one of the best new American bands around (if being around since 2002 can be considered “new”). Currently on a big tour that’s taking them everywhere from L.A. to Ireland and points all over Europe, Grizzly Bear are still breaking new ground and gaining new fans.

This session tonight, and the enthusiastic reception they got in Stockholm is further evidence they’re on to something.

If you aren’t familiar with them . . . . .hit the link above and you’ll know what I’m talking about.