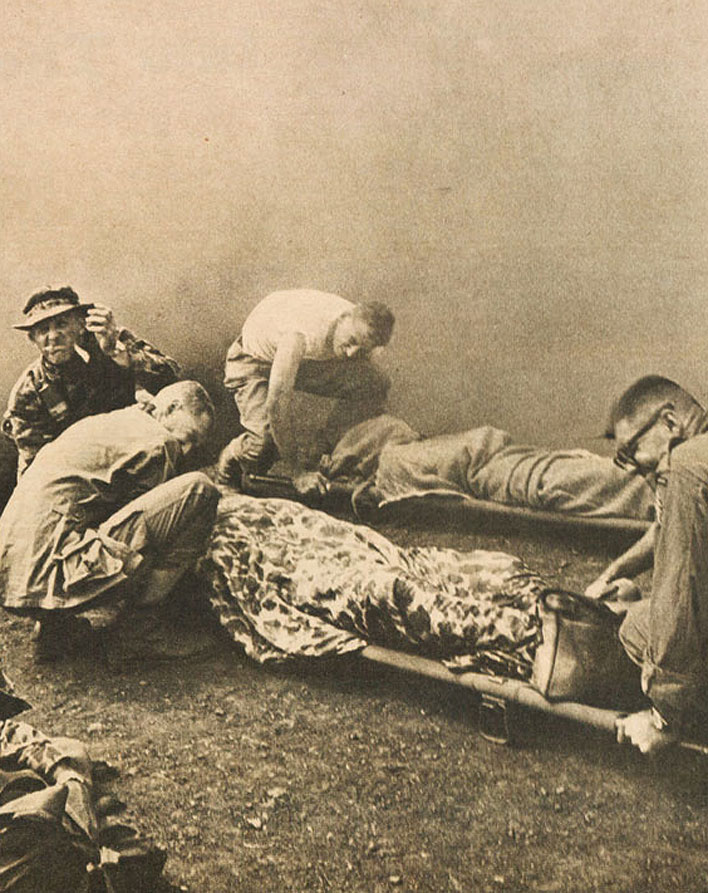 Opinions were starting to change.

Opinions were starting to change.

On this day in 1966, mainstream media was still putting an upbeat face on the Vietnam War. Reports of  flagging morale by the Viet-Cong and defectors to the South were outnumbering defectors to the North, attempted to bolster the opinion that it was only a matter of time before Hanoi capitulated. But public opinion was growing increasingly against it. As the daily newscasts stressed this was a war that could be won, the pictures showed otherwise. It was a war of attrition and we were daily digging ourselves deeper and deeper into a hole with no seeming way out.

Protests became more frequent and the ranks of those calling for an end to the war grew larger and more vocal.

Commentators who were previously supporters of the war and believed in the “domino theory” regarding Communist influence in Southeast Asia were now beginning to wonder if this war really could be won. Were we just throwing troops and material into a cause that wasn’t good to begin with, or would all be fixed if we just increased our  presence and won them over by sheer numbers.

Still, there was the opinion we were involved in a “righteous war” – a war of good versus evil – a war not that much unlike World War 2 where the enemy was clearly defined and we were the good guys. And that’s what mainstream media was stressing – at least for the time being.

Veteran newsman and commentator Eric Sevareid,  himself a seasoned witness of the events of World War 2, began to wonder if this was the same kind of war or one that simply had no end. Sevareid refers to the “fog of uncertainty” between Capitol Hill claims of a larger war with China and claims our increased involvement would only lead to a larger war with China simply by our presence. And was China, after all, such a domineering presence in a region that was not warm to China to begin with.

In what was considered to be one of the first openly-critical mainstream assessments of our Vietnam Policy, Sevareid joined the swelling ranks of doubters.

Here is that broadcast; Vietnam: Eric Sevareid’s Personal Report as it was aired on the evening of June 21, 1966 over CBS Radio.