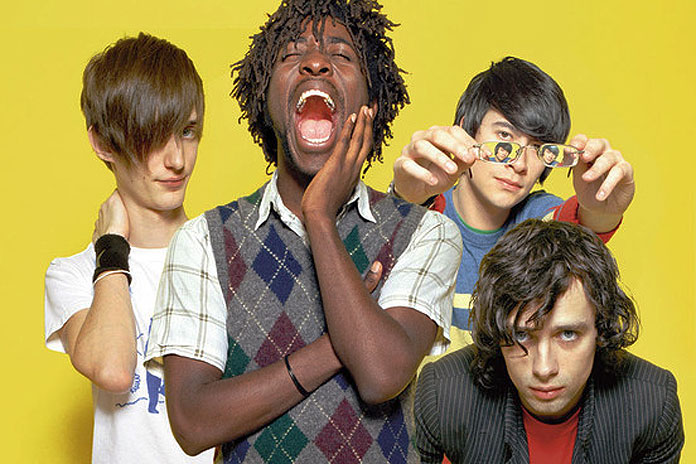 I admit being saddened by the recent news (as of June 13) that Bloc Party will be going on extended hiatus, once this latest batch of festival appearances is over, sometime in July.

I realize it’s not permanent, and leaving it open means the band can get back together at any time. But Bloc Party are a pretty astounding outfit and frankly, we need them. It’s interesting how much Kele Okereke reminds me of Arthur Lee (of Love) – and maybe that’s why I like them so much.

Okay, maybe they’re exhausted. I read reports where mood swings within the camp were horrendous and the pressure of touring has wiped everyone out. I can understand that. And already their drummer Matt Tong is rumored to have left, replaced, at least for this performance, by Hot Chip drummer Sarah Jones.

But still . . .if you caught them on their latest swing through the States, that may have been your last chance.

This weekend it’s their recent concert at Best Kept Secret in The Netherlands and as always, broadcast by VPRO and rock outlet 3voor12.

You just never know with bands.

In the meantime, enjoy and pick up their new album, slated for release shortly.