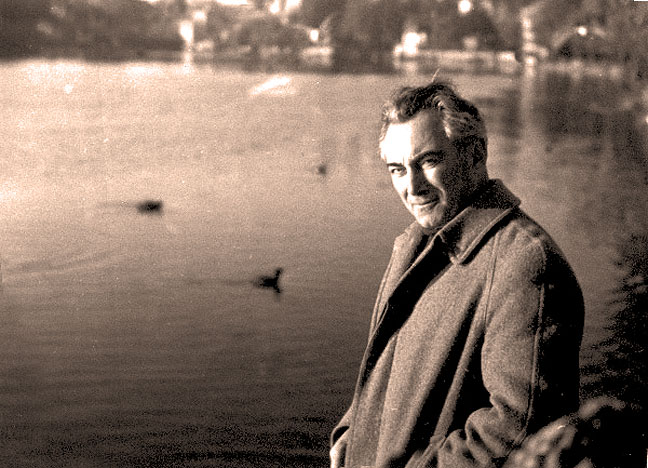 Henri Tomasi - One of the bright lights of mid-century French Music.

Henri Tomasi – One of the bright lights of mid-century French Music.

The music of Henri Tomasi this week. His Woodwind Quintet 1952, as performed at it’s premier by Quintett a Vent Francaise, featuring Jean-Pierre Rampal, Jacques Lancelot, Paul Hongne and Gilbert Coursier. As a prominent composer in the 20th Century, Tomasi divided his time between a busy composition as well as conducting schedule. He was a prolific composer, producing some 130 works during his lifetime.

Tomasi’s music is fundamentally lyrical. Diatonic and chromatic melodic lines predominate, supported by tertian and polychordal harmonies. His music is highly colorful and one can hear the influence of his French contemporaries. Exotic sounds and colors of Corsica, Provence, Cambodia, Laos, the Sahara and Tahiti are used. He also wrote music inspired by medieval religious songs. He utilized many styles including Oriental recitative and twelve tone techniques but they were always personal and unique to him.

Tomasi said: “Although I haven’t shirked from using the most modern forms of expression, I’ve always been a melodist at heart. I can’t stand systems and sectarianism. I write for the public at large. Music that doesn’t come from the heart isn’t music.”

His earliest influence stemmed from a performance his mother took him to of the opera La bohème. He wept over the tribulations of the main character, Mimi. In fact, he felt that La bohème was responsible for his musical destiny. It gave him a great passion for lyrical theater. Later he heard Bizet’s Carmen and learned about Mussorgsky through Boris Godunov, and Debussy through Pelléas et Mélisande. He was influenced by Ravel, and later by Richard Strauss. Richard Wagner was never an influence on him. His harmonic inspiration derived from Debussy and Ravel. He felt that his experience from conducting enabled him to orchestrate with more skill. He felt that dodecaphonic music could be used occasionally when needed or called for. He thought that the inherent danger in electronic music was that it was devoid of the human factor: “…the end of the heart -a world filled with nothing more than the sound of machines!” Tomasi frequently based his works on a text of some sort, even if words were not actually used. To translate Tomasi’s views on his own music: “My musical knowledge is not based on any system. The sensibility expresses itself and the mind controls. What good is it to invent new forms of speech? Everything has been said and everything has been done.” Tomasi was primarily interested in “man and his passionate style.”

Much of his Chamber music has been overlooked in recent years. This world premier performance of the Woodwind Quintet 1952 hasn’t, as far as I know, been made available in any commercial recording. And as I said when I first posted this piece two years ago with a less-than-satisfactory recording at the time, the world premiere recording of this piece hasn’t been reissued either.

So this recording constitutes a rarity and a somewhat neglected piece.

Just the kind of stuff we offer around here.