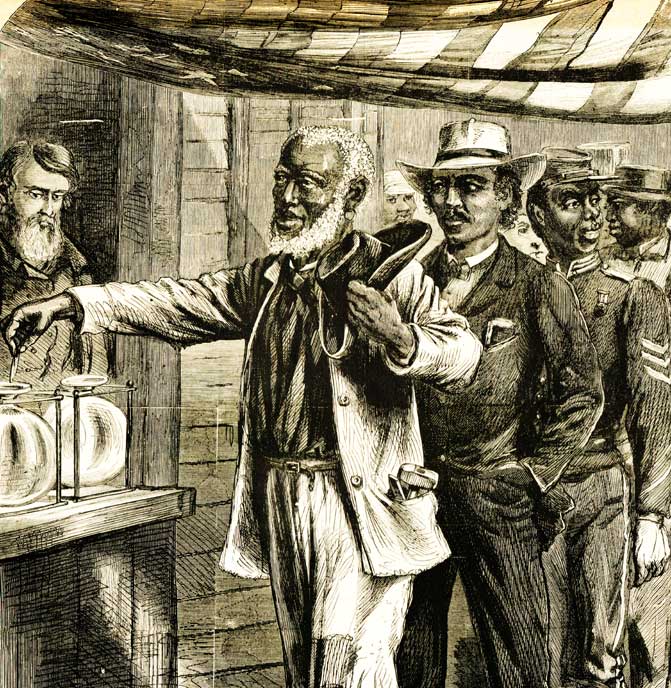 Will separate drinking fountains be far behind?

Will separate drinking fountains be far behind?

In a stunning (although not completely surprising, considering the SCOTUS track record of late), decision regarding the question of Voting Rights, the Supreme Court reversed some key provisions in the Voting Rights Act of 1965 – the one that people died over. And recommended  a re-write of the Act, saying the issue of Voting Rights had become out-dated in recent years.

As has been the case for much landmark legislation in recent  years, the idea of chipping away at it, rather than being so overt as to outright overturn a previously rendered decision, appears to be the Modus Operandi of SCOTUS. And as has been demonstrated, taking the teeth out of a law renders it less and less effective.

And as a reminder of how important this legislation was, and still is, here is President Johnson’s Address to Congress from March 15, 1965, calling for the Voting Rights Act to be passed.

Kindly remember the struggles that took place – the bloodshed and the loss of life that happened on the road to making this the Law of the Land.

The Voting Rights Act happened for a reason and not because someone woke up one morning and had a “good idea”.

I would like to think we are better than that.

Please don’t forget your history – a lot of people are hoping you do.,