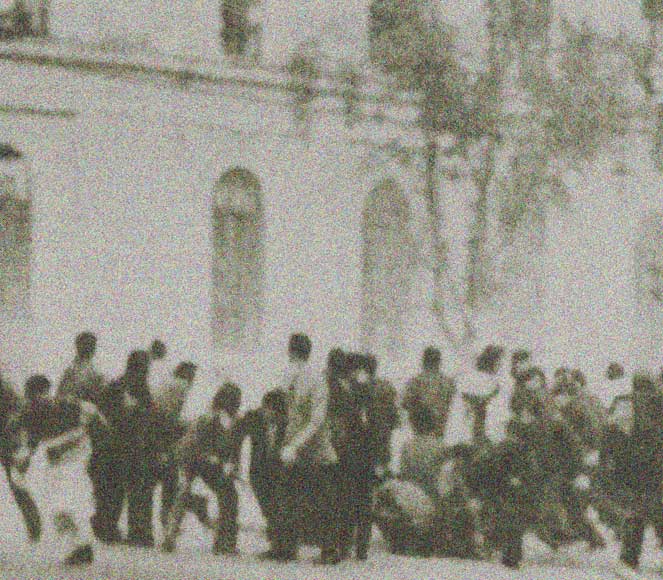 Tanquetazo and a preview of coming attractions.

Tanquetazo and a preview of coming attractions.

While the bombs were falling in the hearing room on Capitol Hill, over the latest harrowing disclosures by former Nixon aide John Dean, bombs and distractions of another kind were vying for attention on national media. The visit to the White House by Soviet Premier Leonid Brezhnev made for a few curious press conferences, particularly when asked how the Soviets felt about Watergate. Ever the diplomat, Brezhnev skirted around the issue with minefield-like precision. The answer was; it was our can of worms – not his. Still, the friendship-blendship photo ops of Leonid and Dick were a sight to behold.

And then there were the goings on in Santiago, Chile with an attempted and aborted coup of the Allende government by Colonel Roberto Souper and a regiment of tanks to become known as The Tank Putsch. It was put down and a shaky order was restored, for the time being. It was however, a preview of darker and more sinister things to come.

And the specter of Southeast Asia wasn’t going away anytime soon, with Congress embroiled over the continued bombing of Cambodia and threats to kill any bill offering support to sustaining efforts to reinstate our involvement. Nixon threatened to veto the Congressional veto and the whole thing threatened to turn into a Constitutional crisis. One more element in an already convoluted set of catastrophes running amok down the halls of Congress. And Summer was only beginning.

All this, and a lot more going on this week of July 27, 1973 as presented on the CBS Radio program The World This Week.