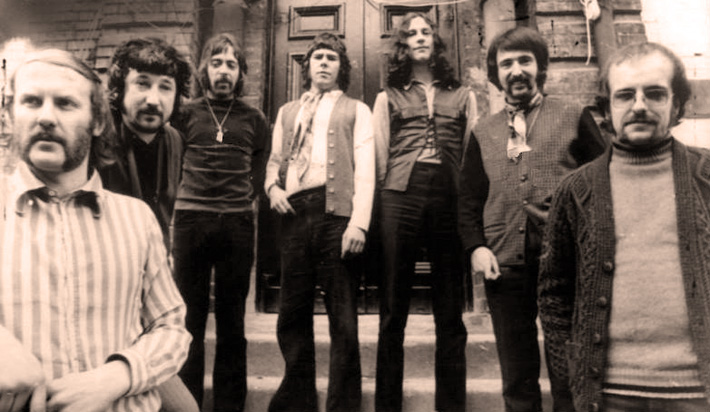 If - a band you probably wouldn't know about unless a: you were around at the time or, b: You got hold of a huge record collection.

If In Concert – 1972 – Nights At The Roundtable: Mini-Concert Edition

If – a band you probably wouldn’t know about unless a: you were around at the time or, b: You got hold of a huge record collection.

Click on the link here for Audio Player: If – Recorded live in concert at The Paris Theater – 1972

An undeservedly obscure band tonight. If got started in 1969. They were considered to be one of the first Jazz-Rock-Progressive groups on the scene. They had 8 albums out, all which sold reasonably well. Were regularly praised in the Press, toured extensively and managed to make virtually no dent in the U.S., despite most all of their albums simultaneously released here and in the UK. I remember when the two labels they were on, Capitol and United Artists, did a lot of promotion and heavy publicity. But it didn’t click.

If lasted until 1975 when they broke up and went off in different directions – landing in bands as diverse as Procol Harum and Ted Nugent. What might have happened if they got the attention they deserved, or even the airplay they were seeking, things no doubt would have gone differently. If were, for all intents and purposes, ahead of their time. And sometimes being ahead of the curve means you have to wait an awfully long time for it to come around to you.

Lately, they’ve achieved underground “must hear” status with a lot of collectors and have been “discovered” by a number of people who missed them the first time around, or who were distracted by the flood of other groups all vying for the same attention in the early 70s.

As testimony that the band weren’t your average bunch of disgruntled musicians looking for a new sound, here is one of the rare recordings of a concert they performed at The Paris Theater in London in 1972. This was part of the BBC In Concert series that made its way to the fabled BBC Transcription Service (a destination that saved a lot of otherwise lost recordings), and from all accounts, appears to be the only one preserved.

1972 was an interesting year – if you discount an election, Vietnam, the dawn of Watergate and a lot of people discovering Cocaine for the first time.

There were flourishes of brilliance to be had among the mayhem. If was one of them.