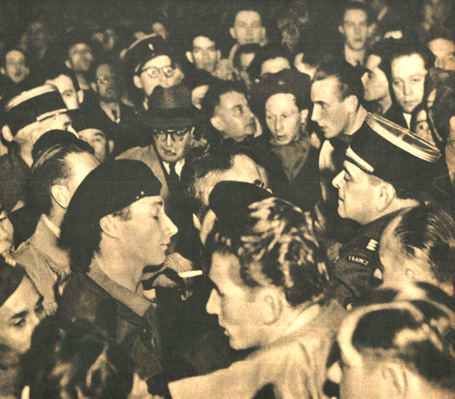 During a day where the political and socio-economic growing pains were dragging on throughout Europe, talk about the strange weather gripping the U.S., from extreme drought to extreme heat, had everyone peering ominously at the recent Atomic Bomb tests in the Pacific, asking if those mushroom-shaped clouds had anything to do with the weird weather. And on this July 1st in 1947 the answer from the Weather Bureau was an emphatic no. Meanwhile, the Mississippi River in the St. Louis area was overflowing its banks in record amounts and causing widespread flooding – the most in 103 years.

So while Washington basked in the steaming-wet gym sock of Summer heat, life went lumbering on. Strikes were threatening all over the country and negotiations were feverish. Another storm of controversy surfaced when the President suggested, as reaction to the Rent Control situation, to suggest Congress nvestigate the Real Estate lobby. The Home Builders and Real Estate Associations were accused to applying pressure to members of Congress with misleading and false propaganda regarding President Truman‘s Housing programs.

Word from France was anticipated pessimism over the latest Paris Economic Conference. Word was waited during the broadcast, but the much hoped-for communique hadn’t come. So everyone speculated for the worst.