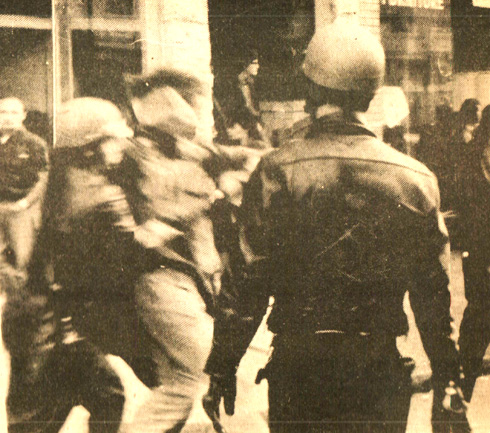 In a word; divided.

In a word; divided.

This day in 1965 was about the growing dissatisfaction with the War in Vietnam. There were still a lot of supporters, but an equal number against our continued involvement in a War that didn’t appear to have an end, that gave all indications of only escalating, and no real clear reason as to why we were there. And the numbers against it were gaining ground daily.

So while the divisions were growing and becoming more vocal, the media were called upon to give some sort of background, some explanation over the War. And as those explanations graduated to defenses, it became clear we were embroiled in a mess.

And of course not all dissatisfaction with the War was coming from the Left. The extreme Right was voicing opposition to the War, not that we were in one, but that we didn’t use our nuclear capabilities in order to just evaporate the region.

It was Barry Goldwater, during his 1964 Presidential bid, who suggested we not rule out the use of nuclear weapons as an option in Southeast Asia. That prompted the now famous campaign commercial by the LBJ camp, which has been spoken about more than it was ever seen as it was only aired once. But it was enough to increase the fears all around – not only of an extremist in the White House but the idea of resorting to the use of nuclear weapons was unthinkable at the time.

So while the sides were being drawn, and the designation of Hawks versus Doves wound up in our lexicon, a lot of discussion was going on in the media, and Special Reports, such as this one by ABC Radio News, were commonplace by this time in 1965.

Here is that ABC Radio News Special Report from July 2, 1965 as narrated by a very young Ted Koppel.

Never a dull moment, it seems – ever.