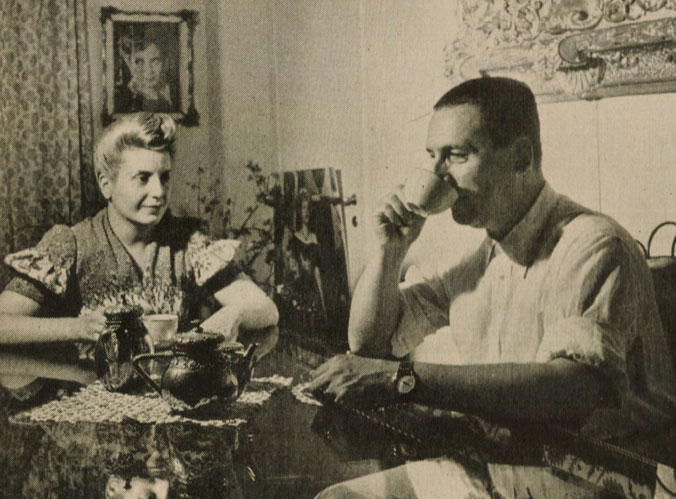 Billed as “An Address to the World”, Argentine President Juan Perón went before microphones from the Presidential Palace in Buenos Aires to deliver a speech of solidarity and support to the efforts of achieving peace throughout the world on July 6, 1947. Exactly why he was giving such an address wasn’t made too clear, but it may have had something to do with his wife Eva, who was on a tour of Europe and making headlines wherever she went. It was feared Eva, who was something of a Martha Mitchell of her day, might touch off some international incident by merely saying or doing the wrong thing at the wrong time. So Juan wanted to make sure the intentions of Buenos Aires, no matter who was currently running around Europe representing the country, were admirable and in keeping with post-War virtue. Besides, The Perón’s, most notably Ava, were very popular.

History, as well as fiction, would paint different pictures, but Washington was still interested in the affairs of Buenos Aires, having pledged undying support to South America during the dark days of World War 2. As the Cold War began looming in the direction of the Southern Hemisphere, we would take up vigilant interest again for purely selfish reasons. The Peròns seemed to fill the bill nicely until Eva Peròn’s death in 1952 and Juan Perón’s sudden shift to the left and an offer of striking up a trade agreement with Moscow as well as resuming diplomatic relations with the Soviets soured the relationship and eventually the Peròn regime was toppled in 1955. But that was a ways off at the time of this broadcast.

Here is Argentine President Juan Perón’s address to the World, from July 6, 1947.