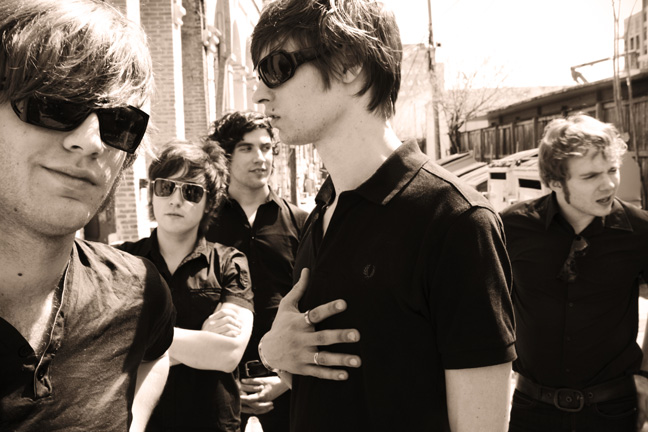 Mando Diao – Live In Stockholm – Nights At The Roundtable: Rock Without Borders Edition

Even though their bio refers to them as an Alternative Band, and Wikipedia categorizes them as Garage Punk, Mando Diao strike me as more of a Pop aggregation than anything else. From the sounds of this recent concert performance, recorded by Sveriges Radio in Stockholm, the Swedish band is backed with strings and lots of production, something you don’t really find in your average Alternative setting. Not that there’s anything wrong with that.

But then, maybe Alternative has a different meaning to Swedish audiences. Or this is a new direction for the band.

In any event, Mando Diao are hugely popular in their native Sweden and throughout Europe. They’ve been together since 2002 and have some 7 albums to their credit. Although I don’t think they’ve made many inroads into the U.S., aside from playing Coachella in 2007 and one date at The Troubadour in 2008, they are working on cracking the UK market. With the release of their latest album Infruset Guld, they are touring throughout Sweden and this concert is part of that tour. The new album marks the first foray into recording songs exclusively in Swedish. So it may signal a change in direction.

I am finding the tent containing Alternative Rock to be a lot larger and more encompassing than originally expected. And that’s all good stuff.

Check them out and see what you think of this latest edition of Mando Diao. I’d be curious.